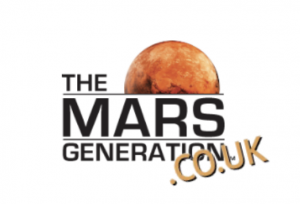 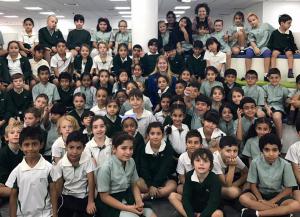 We've wanted to be more proactive in educating people in Britain about STEM and to support and extend the work of STEM in our schools. The Mars Generation UK is the perfect platform to achieve this”
— Paul Borrow-Longain Chairman of Terrestres Servo Coronas

CREDITON, DEVON, UNITED KINGDOM, October 31, 2017 /EINPresswire.com/ — The Mars Generation, based in the United States, is a nonprofit organization seeking to inspire and educate people, especially young people, about the importance of STEM (science, technology, engineering, math) education and human space exploration to the future of humankind. Founded in 2015 by aspiring astronaut Abigail Harrison, more popularly known as Astronaut Abby, The Mars Generation has built a community of support around the globe and officially launches The Mars Generation UK this month in partnership with Terrestres Servo Coronas, a limited guarantee company in the United Kingdom.

After two years of success in the United States and two overseas tours, reaching over 25 million worldwide online and with a social media following of over 1.1 million individuals, The Mars Generation has chosen the United Kingdom as their first international expansion of their drive to educate youth in STEM.

“We are excited to have The Mars Generation UK join our team,” said Harrison. The Mars Generation UK’s outreach will offer student enrichment targeted to youth, ages 13-24. Harrison explained the UK affiliate will play an important role in providing career awareness and inspiration to enable young people to see the opportunities afforded by careers in STEM.

“The United Kingdom has been at the forefront of scientific research and education, and our government recently announced increased public funding in STEM research,” said Paul Borrow-Longain Chairman of Terrestres Servo Coronas. “We've wanted to be more proactive in educating people in Britain about STEM and to support and extend the work of STEM in our schools. The Mars Generation UK is the perfect platform to achieve this.”

“The United Kingdom has played an active role in space exploration since the time of Sir Issac Newton. This ambitious nation of innovators has been at the forefront of science advancements alongside the U.S., and I could not think of a better location to expand The Mars Generation,” says Harrison.

About The Mars Generation UK
The Mars Generation UK was incorporated in September 2017, and has public launch events planned for November. Candidates to serve as Trustees are being honoured as our founding Directors, and will be joined by Rosemary Dymond DL, Deputy Lieutenant in the County of Kent, and Cllr. Jordan Meade, the youngest Cabinet Member in Local Government, as initial trustees upon conversion to a registered charity with the Charities Commission.

About The Mars Generation
The Mars Generation (TMG) is a 501(c)(3) nonprofit in the United States. The organization is volunteer-driven with a board of directors that includes astronauts, engineers, scientists and professionals from the nonprofit and business communities. With a reach of more than 25 million people since 2015 and a social media following of more than 1.1 million people, the organization has served more than 10,200 students and adults from around the world through multiple programs including the Student Space Ambassador Leadership Program, Future of Space Outreach Program and Space Camp Scholarship Program. TMG is supported by more than 450 donors, 1,100 members, and leading space industry sponsors. Through an innovative approach of leveraging new media technology and providing engaging content and programs, the organization aims to excite and educate students and adults about the importance of human space exploration and STEM education to humankind.

What is the Mars generation and why space exploration is important to our future?