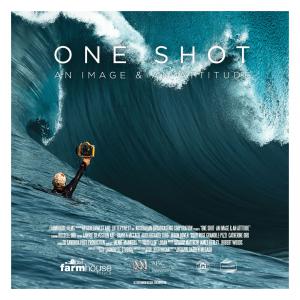 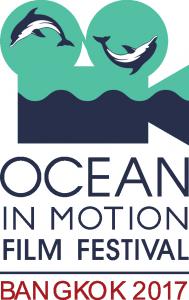 Citizens of Bangkok and Siem Reap can be immersed in the wonders of the ocean without even getting wet at the country’s first Ocean In Motion Film Festivals.

Films are a great way for communities around the world to become "oceanized," even if they aren't near the ocean itself. The ocean is downstream from all of us, and it's health is vital to our own.”
— Doug Woodring – Founder, Ocean Recovery Alliance

BANGKOK, KRUNG THEP, THAILAND, November 28, 2017 /EINPresswire.com/ — Both the communities of Bangkok, Thailand, and Siem Reap, Cambodia, will be able to immerse themselves in the wonders of the ocean without even getting wet at the country’s first Ocean In Motion Film Festivals as part of the final weekend of the Free Form Festival’s exciting activities in Bangkok. Featuring a series of short and mid-length films, each one documents the beauty, power, excitement and importance of the ocean through stories of adventure, exploration, ecosystems, culture and science. The Bangkok event will include the first-ever Ocean Experience Performance, created for the Free Form Festival, which will include a live performance by Jonas Dept, who will play piano to a story about the ocean, along with clarinetist Hannelore Vermeir, currently playing with the Thailand Philharmonic Orchestra. World Record Holder Free Diver, William Trubridge, will also be present for the Sunday performances and will be part of the Q&A session after the screening.

Now in its 5th year, Ocean Recovery Alliance, a Hong Kong-based NGO, and curator of the only Asian ocean-focused film festival, is proud to be part of the Free Form Festival to raise awareness about the ocean in both Thailand and Cambodia, as each relies on its surrounding waters as one of its biggest natural assets for tourism, fishing and a strong portion of each country’s livelihoods.

“The Ocean in Motion Film Festival brings the ocean to the community in a fun an entertaining way, bringing appreciation to the sea which is often under pressures from pollution, overfishing and exploitation of resources. The ocean is incredibly resilient if given a chance to rejuvenate itself, and the wildlife within it,” says Doug Woodring, founder of the event and Ocean Recovery Alliance. We are very excited to be part of the Free Form Festival and to be bringing it to Cambodia, given both of their affinities with the sea, these are perfect locations for expanding the sense of protection for the ocean with a new community of ocean ambassadors.

One of the feature films is “One Shot,” about the world famous surfing photographer, Russel Ord. His shots are good and have graced the covers of surfing magazines worldwide, but deep down Ord know he didn’t walk away from a secure career as a firefighter to take just “good” shots. He wants to go to bed at night knowing he’s taken that “one” shot, the on that he’ll remember not because of the surfer’s reputation, but for the position he had to be to capture. Just down the coast is a thick, evil, brute of a wave he knows will deliver the opportunity to capture just that. But as a loving husband with three kids it’s not lost on him that the end goal and that drive to have “his moment”, isn’t going to come without sacrifice.

Shows at the Free Form Festival are free, once in the venue, and will be held from 2:30pm -4:00pm on the 1st and 2nd of December, and at 5:45pm and 7:45pm on Sunday, December 3rd, at the Bangkok Screening Room. The event has been made possible with Red Carpet Sponsorship from Braiform, and the Hilton Sukhumvit as our hotel sponsor. The Siem Reap screening on December 4th at 5:30pm will be free, and hosted at the Bambu Stage.

For tickets and more information on any of the films, please visit: http://bit.ly/BangkokOceanInMotion