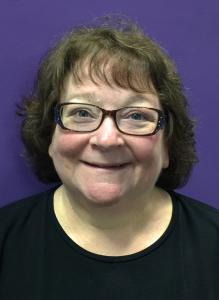 The NCJFCJ is the Nation’s Oldest Judicial Membership Organization

Maureen “Mo” Sheeran, chief program officer for family violence and domestic relations programs at the NCJFCJ, has announced her retirement.

From a time when domestic violence was barely understood, Mo grew the NCJFCJ to its stature as the preeminent leader in the country.”
— Honorable Susan B. Carbon, New Hampshire Circuit Court

Sheeran has been a leader in domestic violence prevention and services for more than 30 years. She has significantly contributed to the NCJFCJ’s efforts to improve judicial response to domestic violence, and to improve outcomes for victims of domestic violence and their children involved in the family court and dependency systems. Since assisting in the establishment of the Resource Center on Domestic Violence: Child Protection and Custody in 1994, she has spearheaded initiatives to design more effective approaches to working with battered women and their children.

“From a time when domestic violence was barely understood, Mo grew the NCJFCJ to its stature as the preeminent leader in the country,” said the Honorable Susan B. Carbon of New Hampshire Circuit Court and past president of the NCJFCJ. “She has grown and cultivated a staff that share her drive and dedication. Her energy and passion are infectious. Every life she touches is made better because of it. I am one of the fortunate beneficiaries of the privilege of knowing and working with Mo for the past 22 years.”

She has provided leadership nationally on supervised visitation and exchange services that account for domestic violence. She also serves in an advisory capacity for numerous organizations, focusing on collaborative efforts that harness the resources and expertise of various professionals and organizations to achieve safe and just outcomes. She has developed a myriad of groundbreaking judicial curriculum at national conferences on domestic violence. During her tenure with the NCJFCJ, she has overseen more than $50 million in federally funded grant projects; served as an advisor for many organizations; and developed national conference curriculums on such issues as full faith and credit, firearms and domestic violence, and effective interventions in domestic violence and child maltreatment cases.

“Mo has a great ability to work and build relationships with government agencies, domestic violence advocates, other organizations, and judges,” said the Honorable Dale Koch (Ret.) of Multnomah County, Ore. and past president of the NCJFCJ. “She is a problem solver, who is always working to find solutions, rather than create barriers to success. Mo will be greatly missed.”

Prior to joining the NCJFCJ 25 years ago, she provided direct services to victims of domestic violence and their children, and raised funds for client services for six years as the deputy director and development director for the Domestic Violence Resource Center (formerly CAAW, Committee to Aid Abused Women).

“Mo’s impact helped shape the work of the NCJFCJ,” said Joey Orduna Hastings, NCJFCJ CEO. “She has been a part of monumental legislative, policy, and technical assistance publications that will continue to influence judicial education in family violence and domestic relations matters in order to improve the lives of families and children who seek justice.”