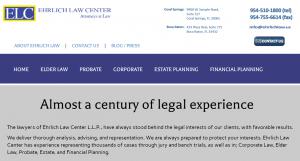 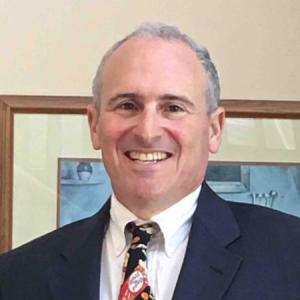 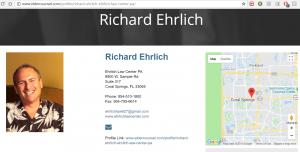 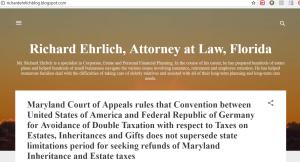 … this case is a stark reminder to carefully plan one’s estate to prevent, as much as humanly and legally possible, subsequent disputes …”
— Richard Ehrlich, Attorney in Florida

CORAL SPRINGS, FLORIDA, UNITED STATES, August 31, 2018 /EINPresswire.com/ — Florida Attorney Richard Ehrlich has commented on the recent decision of the District Court of Appeal of Florida, Fourth District, in a legal dispute over a gentleman’s estate.

Says Mr. Ehrlich, “this case is a stark reminder to carefully plan one’s estate to prevent, as much as humanly and legally possible, subsequent disputes.”

In that case, Jack Mulvey ("Decedent") died in 2011 with two surviving children and a spouse (his second wife). He had executed a will in 2005, and a superseding will in 2010 that gave most of the assets to his second wife, Thelma Mulvey (“Widow”). The Decedent's daughter, Sheila Stephens ("Daughter"), sued the Widow. The Daughter claimed the Widow exerted undue influence on the frail Decedent and interfered with her expected inheritance. When the Decedent died, the Daughter petitioned the probate court for administration of the 2005 will, while seeking invalidation of the 2010 will. She argued the 2010 will was the product of the Widow's undue influence on the Decedent, and she alleged that the Decedent lacked testamentary capacity when he executed the 2010 will. The Daughter did not give up and filed a complaint in the circuit court for tortious interference with expectancy. After a trial, the probate court found the 2010 will was valid and not the product of undue influence. The Daughter then filed a complaint in the circuit court for tortious interference with expectancy. The jury found in favor of the Daughter and awarded her $60,000 in damages. The Widow appealed, and the Appeals court reversed. The end result of the case, seven years after the Decedent’s death and after four legal proceedings, is the same as intended by the 2010 will.

Says Mr. Ehrlich, “as this prolonged dispute shows, estate matters can be complicated even when there is a written will. But avoidance of protracted legal proceedings and intra-family strife requires careful planning. In fact, estate planning involves several important considerations, including tax consequences and whether certain assets should be transferred before death.”

Among the important considerations are “protecting beneficiaries” by giving the assets in the form of a trust that cannot be easily depleted, or giving consideration to special beneficiaries. As in this case, “blended families” (one or both spouses have families from prior marriages) pose special challenges.

His attorney profile is at http://www.eldercounsel.com/profile/richard-ehrlich-ehrlich-law-center-pa/