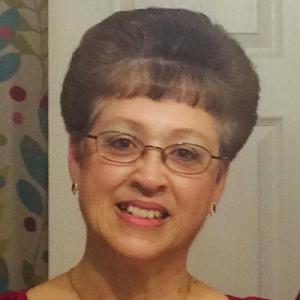 INDEPENDENCE, MISSOURI, UNITED STATES, September 16, 2019 /EINPresswire.com/ — The American Medical Association has reported that 80 percent of all health problems are stress-related. Likewise, the Center for Disease Control has stated that 85 percent of all diseases appear to have an emotional component. Only by reducing our stress and healing the emotional issues of our past can we experience true health and wellbeing.

That’s the philosophy of Terri Martinez, founder of Paradigm Healing, where she works with clients to heal heart, mind and body by releasing their damaging beliefs, flawed paradigms and emotional distresses.

“All my life I've had a desire to help people find peace amid the storms of their lives,” says Terri. “I have a strong belief that connecting to who you really are is an essential component to align with all of your goals and your dreams, for your health, your relationships, and for success. We are often unable to connect to our deeper being because of outside stressors and other negative influences.”

Terri knows firsthand. She spent years trying to understand her health issues. Her doctor told her what she was experiencing was just in her head. It wasn’t until she visited a chiropractor who practiced Chinese medicine and acupuncture that she was able to determine her pancreas was shutting down and her liver was only functioning at 40%.

“I’d had emergency gallbladder surgery when I was 6 months pregnant,” recalls Terri. “The staple used to shut one of the ducts from my gallbladder gave out and my insides had completely filled with bile resulting in near fatal peritonitis.”

What doctors told her was all in her head was actually a pending case of pancreatitis, a byproduct of the of the peritonitis she had experienced several years earlier. Her chiropractor told her that her liver, pancreas and other organs had been eaten away from the outside, in from the bile that had poured into her gut. With the help of some Chinese herbs and acupuncture, Terri’s chiropractor potentially saved her life.

“After this experience, I became immersed in researching natural healing practices,” says Terri. “I connected with the energy healing community a few years later and that has just taken off in my life. It’s changed the lives of not only myself but my whole family, just experiencing the profound empowerment of knowing we can do so much to heal ourselves and not always have to rely on medications.”

As a practitioner of healing bioenergetics, Terri assists her clients in releasing trapped emotional bioenergy to a provide deep, intensive release of past trauma on a cellular level, even releasing generational or inherited issues programmed into the DNA.

Terri says what typically drives people to alternative medicine is that they're not seeing the results they need to feel better and potentially heal. She says most people are driven to alternative healing practices only after conventional medicine has failed to give them the answers or results they are looking for.

Terri uses both The Emotion Code by Dr. Bradley Nelson and a cellular energy release modality called Core Program Release Therapy (CPRT), which is part of The Healer's Blueprint created by Tam Pendleton along with EFT Tapping.

This combination provides some immediate relief from stress while diving before diving into deeper healing within the cellular structure. Our subconscious mind is actually in the DNA within every cell in our body. If you can clear the cells of the faulty subconscious memory, you may be able to clear habits and other patterns that have been giving you lifelong limiting behaviors and programming.