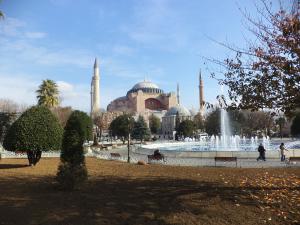 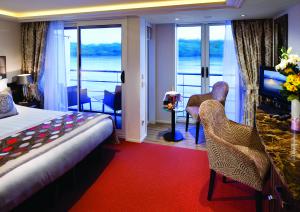 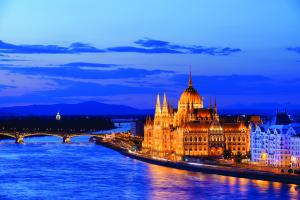 Europeanbarging is announcing that with the 2020 Danube cruises of Gems of the SE Europe, guests have the chance to visit Istanbul on a 3 night land tour.

SPRING, TX, USA, September 30, 2019 /EINPresswire.com/ — Gems of the Southeast river cruise itinerary covers the lower Danube, cruising between Budapest Hungary and Giurgiu Romania and includes 5 countries. In addition to Hungary and Romania, guests will visit Croatia, Serbia, Bulgaria on the cruise and Turkey and Austria for pre or post cruise programs

Istanbul, once known as Constantinople is a city rich in cultures and history with much to offer. It is one of the oldest continuously inhabited spots of the world, it's exotic architecture including mosques, colorful basilicas, cathedrals and centuries old ancient bazaars. Istanbul is located on the Bosphorus peninsula and was named a UNESCO World Heritage Site in 1985. Istanbul lies at the crossroads between the East and the West, Istanbul is Turkey’s largest city and a city with vibrant mix of cultures
Some of the sites to experience in Istanbul during your land program include:

Visit the great sites including the iconic Blue Mosque and beautiful Hagia Sophia (cathedral-turned-museum) it was the center of the Roman and Byzantine city and is a great place to begin exploring Istanbul. At the Hippodrome, see the Egyptian Obelisk of Theodosius (the oldest monument of Constantinople) and the Serpent Column from the Delphi oracle remain, having been in this same location since the 4th century. The four bronze horses that used to be on top of the emperor's box were looted during the crusades at this ancient chariot-racing arena. They are now on the façade of Saint Mark’s Basilica in Venice.

The Old City reminds one of the ancient times of the Roman Empire. The centuries-old city walls stand out. Extending for nearly 14 miles (22 kilometers) and stretching from the Sea of Marmara to the Golden Horn, these walls have stood for centuries. They were demolished twice in their history: first, by the Latin Crusaders who intended to head toward the Holy Land in 1204 and again in 1453 by the Ottoman Turks in their attempts to conquer the city.

The Valens Aqueduct (located within the old walls), was once part of the Roman aqueduct. It was the single longest ancient aqueduct system ever to be built – nearly 270,000 square feet (250,000 meters). Completed by Roman Emperor Valens in the late 4th century AD, it was used by the Byzantines and later the Ottomans, and was operational until the end of the 19th century.

Topkapi Palace, dating back to the 15th century, is rich in the history of the Ottoman Empire. Overlooking the ocean, from it's hillside location, its 27 towers and three miles of stone wall were at one time an official royal residence of the Ottoman sultans and the seat of the Turkish government. It is a museum now and considered the largest and oldest palace in the world. Inside, take a look at the harem’s quarters, and the seat of government. Some of the artifacts inside the museum include: collection of old weapons used by the sultans, palace kitchens with their huge porcelain collections, and the treasury with its collection of jewels and clocks, including the Topkapi Dagger and the stunning 86 carat Spoonmaker's diamond.

With the 3 night land program in Istanbul, guests will embark on a walking tour that will visit the Hagia Sophia, formerly a church, then a mosque before becoming a museum; the Blue Mosque and for those interested a guide will take you to the Grand Bazaar. The second day spend at the spectacular Ottoman Sultans' Grand Palace of Topkapi, home to every Sultan from the 15 – 19th centuries.

Cruise departures start in March and conclude in November. March 22, November 1 and 8 are also Wine Themed itineraries. Cruise rates start at $2899 per person and include the 7 night cruise, all meals, wine with meals, daily happy hour, multi choice excursions and Wi-Fi.

Experience Istanbul in all its splendor as part of your pre or post-cruise hotel/land extension on 2020 Gems of Southeast Europe cruises!