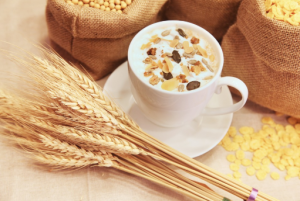 MIAMI, FL, UNITED STATES, October 11, 2019 /EINPresswire.com/ — Jorge Plaza Marquez is a health and fitness aficionado from Miami, Florida, on a mission to celebrate clean, wholesome and unadulterated ingredients. He has foraged local and foreign markets to create diet-specific foods that help people live healthier lifestyles and take charge of their fitness.

Marquez recognizes that there are many fallacies in the world of food, specifically the health benefits brought on by certain food groups. He seeks to debunk these myths and empower people with the right information.

“The most common food myth,” Jorge Plaza Marquez begins, “is that eggs increase cholesterol levels to the point that it’s better to avoid them. Eggs have gotten a bad rap. Research shows us that these don’t contribute to high cholesterol. On the contrary, eggs are an affordable source of key nutrients like vitamin D, zinc and iron and the brain-stimulating chemical choline.”

The chef suggests to look too saturated fats as a key trigger for cholesterol instead and keep these in check.

“Another fallacy,” Jorge Plaza Marquez continues, “is that you should consume fewer carbs to stay healthy. Yes, there is such a thing as healthy carbs especially whole grains. The writing’s on the wall. Men and women who have a substantial intake of whole grains in their diet have a 30% lower risk of developing heart disease and elevate their chances of shedding that extra body weight.”

Marquez advises people to keep it simple. If ever in doubt, don’t assume. The chef urges people to consult with a nutritionist before cutting out any foods from their diet.

“Assumptions are what spread myths causing so many people to restrict themselves unnecessarily,” Jorge Plaza Marquez informs. “Some people think, for example, that the monosodium glutamate found in Chinese cuisines will trigger migraines. In reality, these are triggered by tyramine, histamine, and phenylethylamine.”

“Another silly misconception is that cranberry juice cures UTI. There is no proven scientific evidence to back this up,” Jorge Plaza Marquez says. “Stick to antibiotics. Cranberry juice won’t help once you’re already infected. But you can prevent this condition by taking cranberry supplements regularly as the juice’s compounds prevent the bacteria causing the infection from clinging to the bladder’s wall.”

The chef goes on to say that another myth is to “feed a fever and starve a cold.” He advises against this, encouraging people to eat whatever the body can take as, when you fall sick, your metabolic rate increases, increasing your nutritional requirements.

Jorge Plaza Marquez stresses once again that it’s very important for people to speak to a qualified nutritionist before making any changes to their diet.

The amateur chef has seen his fair share of health issues, battling obesity before changing his diet for the better. He dedicates his time to creating Ketogenic, Paleo and Vegan meals that are delicious and chock-full of nutrition.

The chef elaborates on his mission to help people combat anti-inflammatory reactions to poor food choices by empowering them with the right information at the right time.