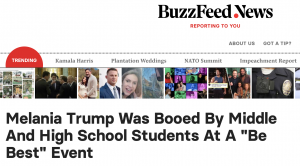 Melania Trump’s Be Best campaign is in trouble 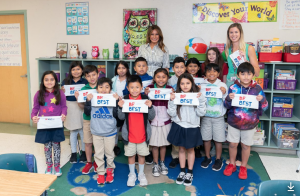 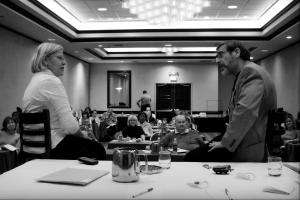 Kalman insists that we and our children all deserve the wisdom for dealing with bullying, and as First Lady, Melania is in an ideal position to provide it.”
— Israel Kalman

STATEN ISLAND, NY, UNITED STATES, January 11, 2020 /EINPresswire.com/ — Melania Trump is in dire straits. She has championed the anti-bullying cause as part of her Be Best initiative, but the media, rather than applauding her, have been incessantly mocking her as a hypocrite for failing to start at home. Her activism against bullying has also led to intensified focus by the media on the President, to whom she owes her coveted position, for his apparent bullying behavior. Most recently he was lambasted for his Tweet lampooning environmental activist Greta Thunberg after Time magazine crowned her Person of the Year.

Furthermore, Mrs. Trump has taken up a losing cause. Despite thousands of research studies on bullying and the legislation of school anti-bullying laws, bullying is called a growing epidemic. Victims are committing suicide in record numbers, and we are experiencing an exponential rise in lawsuits against schools for failing to stop children from being bullied. Melania’s predecessors in the White House, the Obamas, also took up the call against bullying, to no avail.

Maverick bullying expert Izzy Kalman, whose ideas stirred up a storm of controversy among readers in a recent New York Times article, is hoping to kill two birds with one stone. On his Psychology Today column, Resilience to Bullying, he presents the First Lady with a contrarian approach that he claims will bring the nation’s children relief from bullying while simultaneously earning her a revered place in history. It will also be appreciated by her husband, as it supports his goals to strengthen the US and to spare the nation money wasted on counterproductive policies.

Kalman is nonpartisan. He recognizes that opposing political parties are inevitable and absolutely necessary for a healthy nation. Eight years ago, he presented a similar plan for Obama. He hopes that this time the White House will take notice.

A Nationally Certified School Psychologist (US) with over four decades of experience, Kalman is a leading critic of the academic field of bullying psychology, which leaped to prominence in the aftermath of the Columbine massacre of 1999, arguing that it runs counter to well-established principles of psychology and wisdom. He has accurately predicted that anti-bullying laws will squander precious resources, cause the bullying problem to intensify, and erode personal freedoms, most notably, freed of speech. His assessment is captured in a parodic music video posted a decade ago on Psychology Today: The Super-Tough School Anti-Bully Law

Psychology has traditionally been about empowering people to use their brains to understand and solve their problems so that they are no longer victims. In contrast, the bullying psychology actually disempowers children by promoting a victim mentality. It teaches that words can scar them forever, that they are incapable of dealing with bullies on their own, that they are entitled to a life in which everyone treats them with respect, and that they must inform the school authorities whenever someone is mean to them so that the school can investigate, judge and discipline their bullies. These messages promote emotional fragility among our children, so they become more prone to being bullied, while the school’s intervention immediately intensifies hostilities, as each side–and their parents–insist that they are innocent and the other is guilty.

The teachings of the anti-bullying field are also contrary to what every President–and First Lady– knows to be true: that no one can guarantee us a life without bullying. By the nature of their position, the President is the most bullied person in the nation. The average individual, faced with the incessant abuse that a President is subject to, would contemplate suicide. No one has ever become President by believing that insults will cause them irreparable harm and informing the authorities whenever someone insulted them.

Kalman advises Melania to shun the popular approach that gives children an impossible hope for a life in which no one bullies them, and to inform them instead of the reality that bullying is an inevitable part of life that even–or especially–politicians and Presidents engage in. More important, she should be teaching kids that they can handle bullying on their own, just as her husband and every other leader does. She should ask Donald how he manages the relentless insults, criticisms and attacks without losing sleep, what his thought processes are, and what advice he has for the children of the nation. He is likely to have much of value to convey, and he would appreciate Melania for treating him as an expert. Melania can also consult with former President Obama and other successful leaders, for they all know how to deal with bullying. Even Greta Thunberg, who is said to suffer from Aspergers, a condition that impairs social comprehension, handled Donald’s jab like a pro.

Kalman insists that we and our children all deserve the wisdom for dealing with bullying, and as First Lady, Melania is in an ideal position to provide it.

How to Win the War Against Bullying