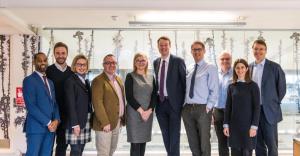 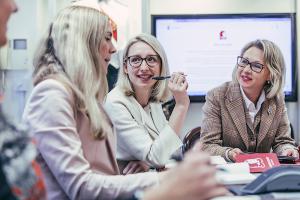 Why is the United Kingdom's productivity so low and what practical steps can be taken to improve it? Guildhawk's CEO gives Government three suggestions.

Just imagine if we could make 99% of UK companies more productive! We can, by supporting business leaders as the Be The Business movement is doing.”
— Jurga Zilinskiene, CEO and Founder Guildhawk

CITY OF LONDON , LONDON, UNITED KINGDOM, January 27, 2020 /EINPresswire.com/ — The United Kingdom's productivity has hit a major low and with the country's exit from the European Union looming fast, the need for UK companies to close that gap and boost their national and international trade has never been more pressing.

Privately held companies have a vital role to play in this. This is a major and frequently underestimated sector of the UK economy that has grown by almost 70 per cent in the first two decades of the millennium, and now encompasses just under 6 million companies; accounting for about 99% of all UK business.

In a meeting with the Rt Hon Simon Clarke MP, Exchequer Secretary to the HM Treasury hosted by the Be the Business movement, Jurga Zilinskeine MBE explained how she had used technology innovation and investment in people and systems to make her company Guildhawk a highly productive organisation and what government can do to help leaders like her.

Zilinskiene's follow-up letter to the Minister is available view online.