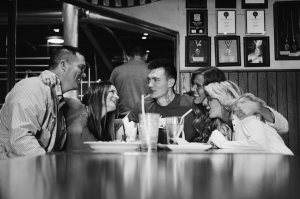 PITTSBURG, PA, UNITED STATES, February 21, 2020 /EINPresswire.com/ — Nearly everyone wants a side income these days, and many have started their own online business from home. Unfortunately, up to half of these businesses will fail within the first 12 months. Kale Abrahamson of Nine University is passionate about the entrepreneurial mindset and its relation to the success of a home-based business. Here, he discusses how a new business owner’s mindset can directly affect the success of his business.

Nine University’s Kale Abrahamson says that mindset is the first thing his courses teach in his online training at Nine University. “Having the right mindset can make or break you,” he says. As proof, Kale says there is one book that really stands out above the rest – that of Japanese researcher, Masaru Emoto – in the New York Times Bestseller The Hidden Messages in Water*. “Apparently, I’m not the only one who thinks this way,” he says. Published in 2005, Hidden Messages in Water explains in detail how thoughts can change matter and was so popular it was published in 24 languages around the world.

“Some might think it’s woo-woo,” he explains quickly. “But it’s all just about the laws of nature with some quantum physics thrown in,” he says. “When you stop and think about it, it makes sense,” he continues. “Positive thinking brings more energy into your area, and this really does affect matter in a way we’re just beginning to understand.”

In his research, Dr. Emoto captured the visual changes in water and water crystals at the moment of freezing. Through the use of special micro-photography, his studies showed the direct consequences of destructive thoughts and the beauty-enhancing benefits of constructive, or positive thoughts, on the water. “It’s quite fascinating to think that inanimate objects like this can respond to your thoughts,” he says, but study after study showed the same results.

In one study that stands out, Nine University’s Kale Abrahamson says that Dr. Emoto looked at water samples that were exposed to different circumstances and conditions. He exposed the samples to various types of music and positive and negative words, both spoken and written, then photographed them upon freezing. The water crystals exposed to beautiful music, imagery, and words formed as gorgeous, uniform crystal structures full of light, while the water that had been exposed to negative experiences formed dark misshapen and disfigured crystals. Most importantly, he says, water that was ignored and not shown either positive or negative attention was the most malformed. “And with water being all around us and even our bodies being up to 70% water, it just makes sense that thoughts can affect how we feel.”

“We have borrowed some of these mindset principles for our classes,” Kale Abrahamson says. “At Nine University, our mission is to create as many successful entrepreneurs as possible, and an important part of having a successful business is having the right mindset,” Kale says that Emoto’s studies show the right kind of positive and constructive thoughts can determine whether a business fails or succeeds. “Not only that,” he says, “if we learned the practice of thinking only positive and constructive thoughts,” he concludes, “we could actually begin the change the world.”

The Hidden Messages in Water* – https://www.amazon.com/Hidden-Messages-Water-Masaru-Emoto/dp/0743289803