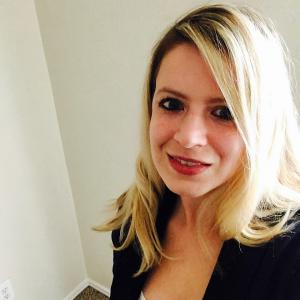 Rachel Daddesio discusses the importance of the accountant's role in advertising and how it can make or break a business.

MONTGOMERY, TX, UNITED STATES, May 27, 2020 /EINPresswire.com/ — The role of an accounting team in the negotiations and money management for an advertising company's clients is often underrated. However, recently, some of the world's largest advertising agencies have entered the public eye for financial irregularities claimed by clients. Business professional Rachel Daddesio described that even the FBI has been involved.

Rachel Daddesio further explained that advertising companies often manage extremely large amounts of money for their clients. Many times, the clients have trusted the advertising firms with their money, assuming it's being managed correctly and morally. Rachel Daddesio said that trust is now likely a thing of the past.

"What formally functioned as an honor system of trust between the advertiser and the client no longer exists," Rachel Daddesio explained. "It's a lose-lose because both parties now need to spend more time, money, and effort verifying exactly where the money is going."

Business professional Rachel Daddesio further explained that both parties were being irresponsible. Those spending their advertising dollars weren't staying on top of exactly where they were going, and advertisers were taking advantage of that. Rachel Daddesio also described that now, the ball is in the accounting team of the marketing company's court.

"Accounting teams must work to restore the marketing industry's integrity, so clients don't have to be as skeptical," Rachel Daddesio said.

For now, Rachel Daddesio described that she wouldn't be surprised if the FBI continued to serve as an overseer in many of these marketing company and client transactions. Deals that were once being made undercover between advertising agencies and the media will now be exposed and reviewed. The billions of dollars that advertising agencies have been managing for their clients is likely to diminish, as clients become leery of trusting advertisers with such large sums.

"What advertising clients have been suspecting for a long time has finally been brought out in the open," Rachel Daddesio said. "As a business professional, I hope both sides of the issue will confront the problems and come to a solution, so the marketing industry can be fully trusted again."