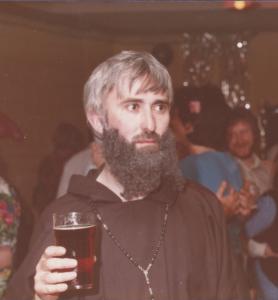 Krunchie Killeen in fancy dress as a Friar 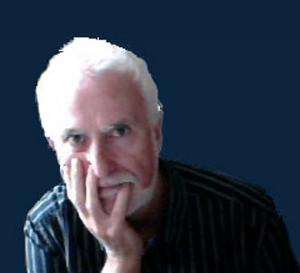 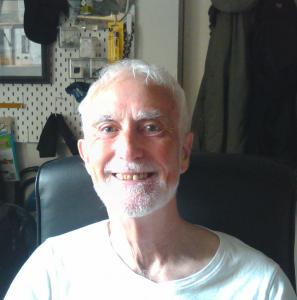 James Clarence Mangan claimed that this song was a translation of a patriotic ballad by a follower of rebel leader, Red Hugh O’Donnell (1572 – 1602); but it was no such thing”
— Krunchie Killeen

DUBLIN, IRELAND, May 28, 2020 /EINPresswire.com/ — Krunchie Killeen has released, on Spotify and YouTube and the other streaming services, a new version of “My Dark Rosaleen” by James Clarence Mangan (1803 to 1849). He feels that the airs to which this song has previously been sung (for example by Count John McCormack and by Tommy Makem) are unsatisfactory, and gives it a more rousing air.

Count John McCormack’s version can be found on YouTube at: https://youtu.be/PrvCk4HROA4

James Clarence Mangan claimed that this song was a translation of a patriotic ballad by a follower of rebel leader, Red Hugh O’Donnell (1572 – 1602); but it was no such thing.

Mangan’s explanation (1845) reads:
“This impassioned song, entitled, in the original, Roisin Dubh, or The Black-Haired Little Rose, was written in the reign of Elizabeth by one of the poets of the celebrated Tyrconnellian chieftain, Hugh the Red O'Donnell. It purports to be an allegorical address from Hugh to Ireland on the subject of his love and struggles for her, and his resolve to raise her again to the glorious position she held as a nation, before the irruption of the Saxon and Norman spoilers.”

The Irish scholars had presented to Mangan, for versification, their translation of a seventeenth century love poem, “Róisín Dubh,” with the conviction that the eulogised woman in the poem was an allegory for Ireland. Mangan had already provided two versions in verse. “My Dark Rosaleen,” however, was Mangan’s own free creation on this theme, departing significantly from the rhythm and mood of the original Irish poem to present a more rousing ballad.

Mangan often represented his original poems as "translations," because this allowed him to fabricate fascinating stories about its supposed authors, adding to the magic of the poem.

The first verse of the script presented by the scholars to Mangan was as follows:

“O rosebud, let there not be sorrow on account of what happened to you!
The friars are coming over the sea, and they are moving on the ocean;
Your pardon will come from the Pope and from Rome in the east.
And spare not the Spanish wine on my Roisin Dubh.”

This version is erroneous in the words “The friars are coming over the sea.” Twentieth century scholars affirm that the correct original version is “The friars are going over the sea,” i.e., it refers to the friars (Franciscan priests) leaving rather than coming. “What happened to you,” refers to Roisin being denounced by Franciscan preachers, (in the course of an annual “mission”), for sexual behaviour, and a more lenient attitude by the Spanish-trained regular clergy. Travel to towns along the west coast of Ireland was more often by boat than road in those days, so it was no great wonder that the Friars were leaving “over the sea.”

While Mangan’s poem has six verses, Krunchie presents three in his release, which are sufficient to express the theme forcefully without over-elaboration. The verses sung by Krunchie are:

Over hills, and through dales,
Have I roamed for your sake;
All yesterday I sailed with sails
On river and on lake.
The Erne, at its highest flood,
I dashed across unseen,
For there was lightning in my blood,
My Dark Rosaleen;

O, the Erne shall run red
With redundance of blood;
The earth shall rock beneath our tread
And flames wrap hill and wood;
And gun-peal and slogan-cry
Wake many a glen serene,
Ere you shall fade, ere you shall die,
My Dark Rosaleen;

More elaboration of the theme of James Clarence Mangan: https://krunchiekilleen.blogspot.com/p/my-dark-rosaleen.html

A selection of photos of Krunchie can be viewed and downloaded from:
https://p-ocillin.tkhcloudstorage.com/item/c3e7ed8999a2452a8cce961491f421cf

Krunchie uses “Glossneen” as his record label. The range of recordings so far issued under the “Glosneen” label can be found here: https://Glossneen.blogspot.com/

Krunchie Killeen is a retired Civil Servant who lives in Glasnevin, Dublin, Ireland. He has been playing and singing with the ephemeral Invincibles (of Dublin) for about 17 years and would now be performing a weekly lunch-hour concert in Clareville Day Centre, were it not for the Corona virus.
Krunchie’s biography can be viewed on: https://krunchiekilleen.blogspot.com/2020/02/krunchie-killeen.html