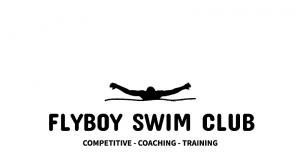 At Flyboy Swim Club athletes will be introduced to setting and achieving goals alongside learning to stay motivated.

TORONTO, ONTARIO, CANADA, July 3, 2020 /EINPresswire.com/ — Unlike other competitive swim clubs, Flyboy Swim Club ( www.learnthefly.com ) focuses on refining techniques as swim clubs focus on speed during races. Mithun Sudarshan says, “most swim clubs are team-based while swimmers need the one-on-one time to refine technique.” Swimmers vary depending on their will to succeed; those who choose to dedicate countless hours into perfecting stroke techniques will find club training much more manageable. Mithun Sudarshan says, “coaches need to analyze stroke technique before pushing competitors into participating in endurance training.”

Generally speaking, a training regiment will consist of 16-20 hours of commitment per week. In most cases, this regiment will consist of dry-land and in-pool workouts where they do not focus on refining specific strokes but concentrate on building strength and flexibility overall. At Flyboy Swim Club, athletes will be introduced to setting and achieving goals alongside learning to stay motivated. “Strategic methods need to be implemented to build confidence in competitors, as confidence is a key aspect in reference to competition,” Mithun Sudarshan says.

Flyboy Swim Club is a competitive swim training club based in Toronto dedicated to teaching two specific areas of competition; fly and freestyle. The Flyboy Swim Club is backed by corporate sponsors and is not reliant on fees from swimmers to cover expenses.