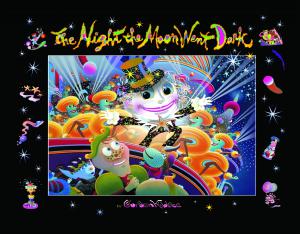 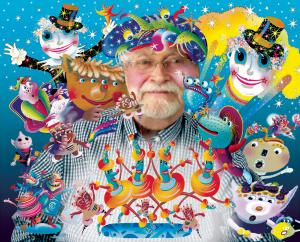 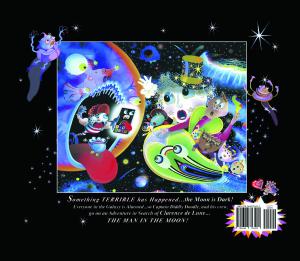 Clarence, Captain Diddly Doodle, & Crew….are sent to Dim-and-Dark-A-Doo-Land, on the back side of the Moon.

The Night the Moon Went Dark, is a warm, fun, and lively, adventure story, about Clarence de Lune, the Man in the Moon, and his friends, throughout the galaxy!

After an .app on a Smartphone goes crazy, causing the Moon to go dark…..kids will now put their phones away, and read more books….and spend more time with friends in the Real World!!”
— Gordon Kibbee

PHILADELPHIA, PA, USA, August 6, 2020 /EINPresswire.com/ — Gordon Kibbee’s new children’s book “The Night The Moon Went Dark”, printed by IngramSpark, is now available on Amazon, and other Booksellers Worldwide….as well as an eBook on Kindle. The book is 54 stunningly illustrated pages….jammed with fun art and excitement! Video clips also on YouTube, FaceBook, Instagram, and others.

The Night the Moon Went Dark, is a warm, fun, and lively story, about Clarence de Lune, the Man in the Moon, and his friends….the Moonfluffies, who dance each night to make the Moonlight.

An .app on BillyBuggy's SmartPhone gets crazy, and causes the Moon to go dark….and the Man in the Moon is missing. Captain Diddly Doodle, and his crew, from the Planet Nibiru, go in search of Clarence….and along the way, they meet the Moon Shadow Rockers, Merrybright, the Pinwhizzies, and other Moon Friends. Going deep inside the Moon, they discover that Sweet Dreams come from the Heart of the Moon….and are sent to Planet Earth by Clarence, as he and the Moonfluffies, dance!

After a Nightmare, and being sent to Dim-And-Dark-A-Doo-Land….all ends well.
Kids learn that they spend too much time on their Smartphones…. talking, playing games, and watching videos….and will now put their Phones aside….and read more books, and enjoy their friends in the Real World!

The Night the Moon Went Dark #1