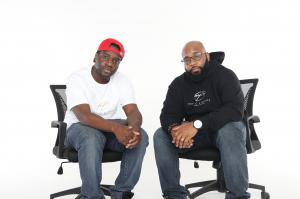 Everybody is doing music but not BUSINESS!!!”
— Courtney Benjamin

ATLANTA, GA, USA, August 6, 2020 /EINPresswire.com/ — Music creators got a new look on their music careers as they joined the new music community Music & Profits. Some have seen royalties they have never seen before and been offered opportunities they thought were unreachable.

Courtney Benjamin has been on a mission to create a culture of business minded indie artists. He has been the middle and behind the scenes man for many artists careers; with his expertise in music publishing gained him exposure bringing in over $50k in back and unclaimed royalties. He's landed numerous tv/film/commercial placements including GM, Ford, TvOne, Vh1, CBS and ABC; to name a few.

Ron D is a Music Producer out of North Carolina with over 15 years of industry experience and counting is just one half of Music & Profits. He is an expert in Music Production, Established film composer, and also a consultant for Music Licensing and producer development.

The two joined forces to build a community of business minded artists, producers, songwriters, managers and music publishers called Music & Profits under the Benjamin Entertainment Academy umbrella. Music & Profits birth the 6 Week Live Class: "The Art Of Music Business Development" after seeing a strong need for business in the music world around them.

The Art of Music Business Development is a quarterly class that is geared to take the creative side and introduce it to the business side of the music industry. We all know everybody is doing music, but not so much on the business side. The music created will always outlive the artists and so many are not prepared or understand that the business is what separates them from the rest to build generational wealth. Q3 has special guest speakers: J. Scott "Skip" Rudsenske (J S Rudsenske, PLLC), Kevin Rockhill ( Songwriter & Film/TV Composer), Anthony Martini (Partner Royalty Exchange), Brandon "ShotMe" Dixon (Creative Branding Expert) and more.

So much in store for this quarters students: Mike Sears, Sonnie Day, Jodie Svagr, Carlton Jones and Troy Grundy. They will have a brand new look at their career; so keep your eyes out for them. Benjamin Entertainment Academy is built on empowering the indie music community.

For more Information or to become a student, visit www.benjaminentacademy.com