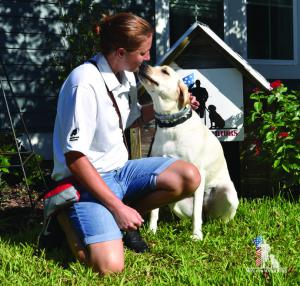 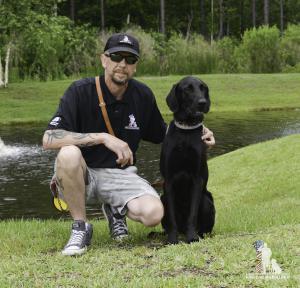 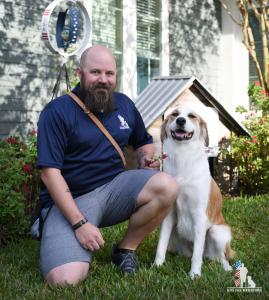 K9s For Warriors, A Veteran Focused Nonprofit, Sheds Light on an Important Cause

Before Bobbi, I had persistent suicidal thoughts. Because I was an addict, I secretly hoped it would just finish me off. Now, I have found myself again and have celebrated 2 years of sobriety.”
— Becca & Bobbi, 2018 Graduates

Since 2011, K9s For Warriors’ mission has been to end veteran suicide as the nation’s largest provider of Service Dogs to military veterans suffering from Post-Traumatic Stress, Traumatic Brain Injury and/or Military Sexual Trauma. The program has a 99 percent success rate, which is one of the highest suicide prevention rates in any organization fighting to mitigate suicidal ideations.

Each Warrior that graduates from the K9s For Warriors program has a unique story about the traumatic experience that led them to reach out for help. K9s For Warriors has gathered three graduates of the program to discuss their stories and experience throughout this life-changing program, and the achievements they have accomplished since graduating with their battle buddy.

Below are three Warriors who are telling their stories in order to spread awareness about suicide prevention.

“Before Bobbi, I had persistent suicidal thoughts. Because I was an addict, I secretly hoped it would just finish me off. Now, through Bobbi, I have found myself again and have celebrated 2 years of sobriety. I look forward to a long and happy life with Bobbi by my side.” – Becca & Bobbi
August 2018 Graduates
Located: Clearwater, FL

“Before Rio, I was a cold and empty shell, but he taught me how to how to feel and love again. I still fight my battles and face my demons, but now I face them head on. Because of Rio, I no longer have suicidal thoughts; They are now only diminished to a memory.” – Will & Rio
May 2018 Graduates
Located: Brick, NJ

“Donna has saved me from suicidal thoughts by being there for me when I would otherwise be alone, which is when I struggle the most with my PTSD and depression. In those times, Donna knows exactly how to get me to refocus my attention on her and calm down. Her unconditional love reminds me daily that the struggle is worth it. ” – Jodie & Donna
October 2019 Graduates
Located: Pasadena, TX

If you are interested in learning more about our Warrior-K9 graduate teams and would like to schedule an interview with one of these brave Warriors, please contact Lindsey Ruth at 904.510.0220.

About K9s For Warriors

K9s For Warriors’ mission is to end veteran suicide. Based in Florida, we are the nation’s largest provider of Service Dogs to military veterans suffering from Post-Traumatic Stress, Traumatic Brain Injury and/or Military Sexual Trauma. Our program is unique, comprehensive, and proven, thanks to groundbreaking research conducted in partnership with Purdue University’s OHAIRE Lab. The majority of our Service Dogs come from high-kill shelters, which means that with each warrior-K9 pairing, two lives are saved. Support our mission to end veteran suicide, which is even more critical during our country’s current isolated times.
Find more information at www.k9sforwarriors.org | Facebook | Twitter