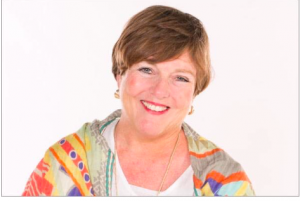 NEW YORK CITY, NEW YORK, UNITED STATES, September 18, 2020 /EINPresswire.com/ — The Centre for Global Inclusion, a 501c3 nonprofit organization, has invited Cindi Love, Executive Director of Out for Undergrad(O4U) and 2017 Editor of the Global Diversity and Inclusion Benchmarks Special Edition for Higher Education, to be an Expert Panelist for the upcoming Global Diversity, Equity, and Inclusion Benchmarks: Standards for Organizations Organizations Around the World – 2021 Edition (GDEIB). The Benchmarks publication will be available in 2021 and distributed to registered users at no charge.

Love is a long-tenured human rights advocate and activist, educator, corporate executive and thought leader in efforts to successfully navigate deep differences between societal groups. She is the author of “Would Jesus Discriminate: The 21st Century Question?” and former Executive Director of Soulforce, known for its public practice of nonviolent resistance of religion based discrimination against LGBTQ+ people.

During the Obama administration, Love served on the Working Advisory Group to US Secretary of State John Kerry on Religion & Foreign Policy as well as the Leadership Council for CELIE The Civic Engagement and Leadership Institute in Washington, DC. She was a contributor to “PolicyThink: Women of Color Federal Policy Brief” presented to President Trump’s Transition Team. President Obama invited her to the White House on two separate occasions in recognition of her work to end discrimination against LGBTQ+ people. In recognition of her role on the Human Rights Campaign Faith and Religion Council, in March 2014, Love was asked to co-lead the closing words at the Defense of Marriage Act rally on the steps of the Supreme Court. Love was also one of the 40 guests of President George Bush, Sr. and First Lady Barbara Bush at at the First Tee Foundation Secret Service development event. Love’s work as a faith leader was recognized by late Senator Edward Kennedy as the developer of a high-impact first response to Hurricane Katrina victims. Love also served as plenary member of the United Nations UUO Compass Coalition for LGBTQ+ Human Rights and as a thematic country specialist for LGBTQ+ human rights with Amnesty International.

Love was the 2016 recipient of the Facilitator Award by Stetson University College of Law for innovation and diligence in creating safe college campuses. She is a former executive of the New York Stock Exchange listed TORO Company (NYE:TTC) serving for 5 years after TORO acquired her company, Integration Control Systems and Services, Inc in 1995. In 1990 Love was named one of North America’s Top 50 Entrepreneurs by one of North America’s Top 50 Entrepreneurs by INC Magazine, Young Entrepreneur’s Organization and MIT. In 1990, she was in the inaugural class of MIT’s “Birthing of Giants” program developed by Verne Harnish and received the David Bohnett Fellowship to the Harvard Kennedy School Executive Education Program for State & Local Officials. Love holds the doctorate from Texas Tech University in Educational Administration with a specialization in due process and applied her research in early adoption to the integration of emerging technology to classroom and rehabilitation facilities. She served on the Long Range Technology Committee created by the Texas Legislature. Her work was recognized by the Texas Legislature and by the late Texas Governor Ann Richards. ‪ Love was chairperson for School Vision of Texas, Apple’s largest sales agency in the United States from 1993–1995 and COO of Friendly Robotics, a high tech firm in Tel Aviv 2000-2001. She served as a Visiting Investigator for NASA in 1995 and has served for 40 years as a director of the West Texas Rehabilitation Center’s Shelton advocacy program. In 2018, Love’s life was featured as one of the six international leadership archetypes in Dr. John Dugan’s seminal text “Leadership Theory: Cultivating Critical Perspectives (2018).”

Love said, “I am honored to be included in this important work with my esteemed colleagues from around the world. I’ve spent a major part of my life for the past four decades thinking and talking to people in all kinds of disciplines, walks of life and places. The core of that conversation has been about breaking down barriers and navigating our differences. Reading Ralph Waldo Emerson as a teenager and living through the Civil Rights Movement and the Vietnam Nam War inspired me—still inspire me—Emerson said, ‘Every wall is a Door.’ I believe that is true. The walls and doors are our own social constructions, our own choices. We always have the option to choose even if only inside ourselves. The act of choosing connection over division—love over hate—makes all the difference.”

The GDEIB Expert Panelists are selected for their experience, knowledge, scholarship, and willingness to contribute significantly to the practical, consensus-based research that enables the benchmarks to work for small, medium, and large organizations in all sectors with various approaches to DEI around the world. Expert Panelists share their thought leadership to develop the GDEIB and thereby help elevate the quality of DEI work.