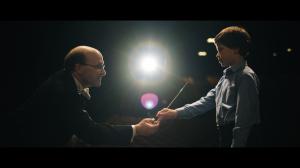 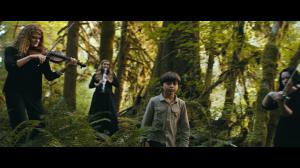 A child imagines the natural world filled with orchestral music 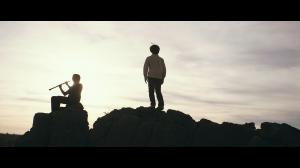 A child discovers the world around him full of orchestral music

This collaboration is a perfect way to engage younger audiences through the use of a visual medium coupled with live symphony musicians.”
— Chris Thomas, TV and Film Composer

Imagine Symphony Live follows a young child as he discovers the visual beauty of orchestral music. As the film progresses, the child magically transitions from an audience spectator in a theater to an immersive journey throughout Oregon. Each musical motif is paired with a different scene in Oregon. Audiences explore the forest, desert, mountains, lake, and city center as the music and orchestra musicians guide the main character’s magical adventure. The film’s production was funded through a successful Kickstarter campaign that raised over $20,000 and earned a distinguished Project We Love badge from the crowdfunding platform.

This project is a collaboration between musicians from Central Oregon Symphony, composer Chris Thomas, cinematographer Bradley Lanphear, and producer/director Evan Sigvaldsen. With winning compositions at the Park City Film Music Festival, SXSW Film Festival, and eWorld Music Awards, Thomas is excited to collaborate on a project that brings him back to his musical roots in the Pacific Northwest.

“Orchestral music opened my eyes to a larger world of creativity,” said Thomas. “This collaboration is a perfect way to engage younger audiences through the use of a visual medium coupled with live symphony musicians.”

The virtual premiere of Imagine Symphony Live is Wednesday, October 21, at 5:45 p.m. on YouTube Live. Following the premiere, Evan Sigvaldsen will host a live online question and answer with the creators. For more information, visit https://imaginesymphony.live.