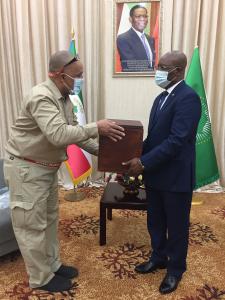 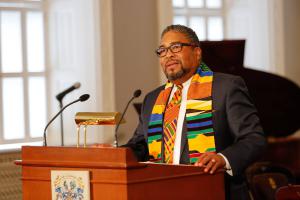 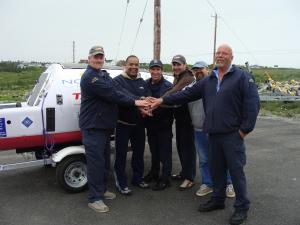 Fugitive Slave Act of 1850 led thousands of freedom-seekers to take refuge in Canada by the Underground Railroad. For many this was Ontario and Nova Scotia.

In this group of historic items, it included a letter from The Honorable Tony Ince, Minister of the Public Service Commission and African Nova Scotian Affairs, which was sent for H.R. 1242 Resilience Project Journal Program at Brooklyn Bridge Park on August 17, 2019.

The second item was a essay on enslaved Africans pursuit for freedom by rowboat, written by Don Victor Mooney.

When The Fugitive Slave Act of 1850 was enacted by the United States Congress on September 18, 1850, it extended the reach of the institution of slavery into the free Northern states, stating that refugees from enslavement living there could be returned to enslavement in the South once captured.

The Act led thousands of freedom-seekers to take refuge in Canada by the Underground Railroad. For many, this led them to Ontario and Nova Scotia.

Harriet Tubman made one of these corridors for freedom a well known fact.

The others were brave men and women who took to the oar in escaping the bondages of slavery. There pursuit for freedom brought many to Nova Scotia. Most of that story is still untold.

Among other things, Don Victor Mooney’s third attempt to row across the Atlantic Ocean, brought him to Nova Scotia to retrieve an abandoned rowboat, which was recovered by the Joint Rescue Coordination Center in May 2009.

In Nova Scotia, Mooney had time to visit Africville. Africville was a predominantly Black Nova Scotian community located on the south shore of the Bedford Basin, on the outskirts of Halifax. In the 1960s, the City of Halifax razed the community in the name of urban renewal.

As reported by CTV Television Network in Canada, on his fourth try Mooney completed his transatlantic row from Canary Islands to New York's Brooklyn Bridge.