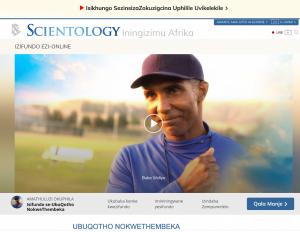 Scientology Tools for Life are now available in the Zulu language 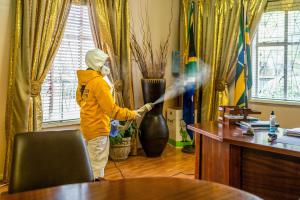 Volunteer Ministers have sanitized just under 80 million square meters since the lockdown. 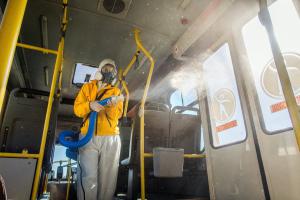 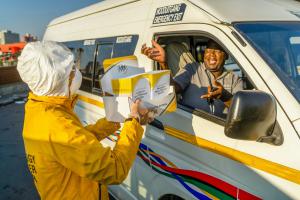 Serving 65 percent of the population daily, drivers of South Africa’s minibus taxis received copies of booklet to hand to their passengers 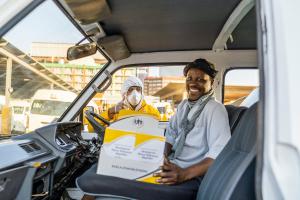 Taxis were not only decontaminated, they were given booklets to educate passengers in Zulu, Sotho and Xhosa on the protocols.

Now there is no barrier to 12 million South Africans who speak Zulu as their native language to benefit from these popular courses in vital life skills.

LOS ANGELES, CALIFORNIA, UNITED STATES, October 20, 2020 /EINPresswire.com/ — In response to the soaring demand for the Scientology Tools for Life courses in South Africa, the Church of Scientology has made all 19 courses available free of charge in Zulu—the language spoken by some 25 percent of the country's population.

Providing these courses in Zulu fills an urgent need, according to a member of the Afrika Tikkun NGO from Diepsloot, a Johannesburg township, who said, “No one ever cared to provide written Zulu for us at school. Ignorance can be powerful and knowledge transforming.”

Now 200 days into the lockdown, Scientology Volunteer Ministers have put in some 540,000 volunteer hours to help South Africa recover from the pandemic. Frequently asked how they can carry out their mission with such intensity, they refer people to the online courses which form the backbone of Volunteer Ministers’ training.

The Scientology Tools for Life courses cover 19 subjects, from the basics of organizing and accomplishing goals and targets to resolving conflicts, salvaging marriages and raising happy and self-reliant children. There is even a course on how to study, to ensure those taking these courses understand and can apply what they learn.

* Volunteer Ministers continue protecting the lives of their fellow South Africans. To date, they have:

* Handed out 1 million copies of booklets to educate people on how to help themselves and their friends and families stay well.

South Africans have completed more than 3,000 Volunteer Ministers courses since the pandemic began. And now those who study in Zulu can avail themselves of this technology for the first time. The technology in the Scientology Tools for Life courses was developed by humanitarian and Scientology Founder L. Ron Hubbard and made available to Volunteer Ministers to provide them with the skills they need to help others. Armed with this knowledge, the motto of the Volunteer Minister is that no matter the circumstances, “Something can be done about it.”

On hearing that the materials are now available in Zulu, a manager from the KwaZulu-Natal Provincial Home Affairs Office described this as “fantastic,” and said these courses “have developed and improved my role at work and in the society. They talk to the inner person of an individual, which leads to self-development.”

An actor and motivational speaker said, “It’s such a great concept when your ultimate goal is empowering people!”

“I have learned that it is not too late for me to learn,” said a woman who took her first Tools for Life course as part of a seminar in Soweto. “It was an eye-opener.”

The Church of Scientology Volunteer Ministers program is a religious social service created in the mid-1970s by Scientology Founder L. Ron Hubbard. It constitutes one of the world’s largest independent relief forces. A Volunteer Minister’s mandate is to be “a person who helps his fellow man on a volunteer basis by restoring purpose, truth and spiritual values to the lives of others.” Their creed: “A Volunteer Minister does not shut his eyes to the pain, evil and injustice of existence. Rather, he is trained to handle these things and help others achieve relief from them and new personal strength as well.”

The Scientology religion was founded by author and philosopher L. Ron Hubbard. The first Church of Scientology was formed in Los Angeles in 1954 and the religion has expanded to more than 11,000 Churches, Missions and affiliated groups, with millions of members in 167 countries.