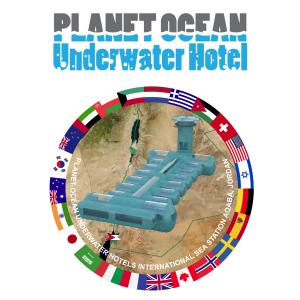 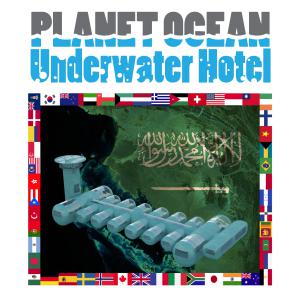 KEY WEST, FLORIDA, UNITED STATES, October 20, 2020 /EINPresswire.com/ — Wouldn’t it be so much better if we could find a solution to allow us to remain beneath the waves as we eat, sleep and observe the stunning marine life from comfort?

Thanks to the US PATENT DESIGN #D736947 Underwater Hotel we do not have to come up for air anymore. Underwater sea bases have long been the realm of science fiction but with the launch of Planet Ocean, a week long dive holiday beneath the waves can be a reality. Planet Ocean is not just a luxurious moveable underwater hotel as it offers the full benefits fully functional marine research station, fully equipped for any scientific research project capable of handling a wide range of remotely operated underwater vehicles launched from the moon pools and constantly providing scientists with live data from it`s extensive camera network and sensor array topping off this facility there is a fully functional laboratory and hyperbaric chambers also allows for divers to experience deep water dives and explore locations that would be normally be inaccessible.

Planet Ocean Underwater Hotels, LLC has recently secured the approval to operate in the Solomon Islands. The moveable underwater hotel is fully self sufficient with renewable energy providing much of the electricity required to operate the facility and the zero discharge waste system.

Planet Ocean has also earned the right to operate in the Dry Tortugas National Marine Park in the Florida Keys coastal waters.

Years later, Mr. Webb was approached by Mr. Fabian Cousteau to design and fabricate an underwater learning center to be placed at a depth of 60 feet. This project was approved by three Egyptian Government Ministries and received approval from the Arab League. There was a funding issue ($150M USD) for the four underwater hotels joined together by a tunnel system. In 2017, that Egyptian project ended with no funding.

Planet Ocean is far more affordable than you might think, with the VIP Guest deal opportunity you can visit Planet Ocean for a full week, revisiting once every 15 months for a period of five years. Total of 28 nights underwater! The week stays can be gifted to family or friends. That is about $2,500 per night for two adults to stay in the most magnificent, spectacular, most amazing guest room in the planet.

Planet Ocean Underwater Hotels and the International Sea Station are ready to take the Gulf of Aqaba / Red Sea on the first steps into a new era of dive tourism when coming up for air does not mean leaving the ocean. You can experiencing the majesty of the deep for days.