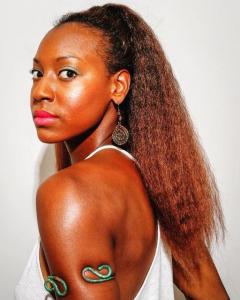 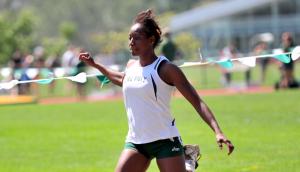 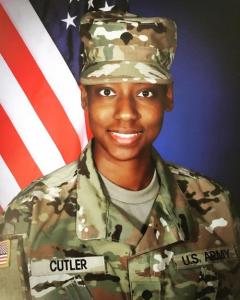 Cutler, who graduated from the San Luis Obispo University in 2014, is currently training in the long jump with hopes to earn a spot on the U.S. team in the 2021 Summer Olympic Games, scheduled to take place in Tokyo.

Working in coordination with Cal Poly’s Robert E. Kennedy Library and individual colleges on campus, Cutler is gathering information on alumni such as NASA astronaut Victor Glover, who recently became the first Black crew member aboard the International Space Station for an extended stay.

Former Major League Baseball Hall of Famer Ozzie Smith and current NBA player David Nwaba are among other Cal Poly alumni who have made outstanding contributions.

Cutler said the book, slated to be printed through University Graphics Systems, will be titled “Black Lives of Cal Poly SLO: Stories of Successful Black Cal Poly SLO Alumni.” The book will be published by Boosters Zone LLC which specializes in writing fundraising books for nonprofits.

She will seek to highlight the accomplishments of Black Cal Poly graduates across all departments, while raising money to continue her track career. Her book will include biographical information about each person, as well as about their experiences at Cal Poly and beyond.

Cutler said that 50% the proceeds of the sales of the book, which she hopes to complete by February, will go to the Cal Poly Black Student Union to delegate for scholarships. Of the remainder, 40% will go to her Olympic training expenses, and 10% will go to her sponsor for helping her.

In addition, she hopes to fundraise $10,000 to help with the research for the book as well as her Olympic training. For more information, go to www.shereeseandrea.com/cpslo.

Cutler said that she is still compiling lists of successful Cal Poly alumni, added that university officials have been very receptive to her idea.

“Due to the pandemic, the library is currently closed to the public, but Special Collections and Archives is actively providing remote services to students, faculty, staff, alumni, community researchers, and scholars,” said Jessica Holada, director of the Cal Poly library’s Special Collections and Archives Department. “If our materials can support Shereese and her project, we would be pleased to learn about her research needs and help in any way we can. … It is a standard library ethic, however, to maintain the confidentiality of researchers with whom we work.”

TRACK ATHLETE NAVIGATES LIFE HURDLES
An Inglewood native, Cutler started competed in track and field at the age of 9.
She was captivated by the Olympics from an early age, and has spent much of her athletics career trying to reach the games.

But Cutler said that she has faced challenges from an abusive family member, which has been a struggle for her personally and served as a distraction.

During Cutler’s time at Cal Poly, the family member was “verbally and physically abusive” and “kind of intervened a lot” with her coach, Cutler said “I almost had my scholarship taken away because of him.”
After college, she moved to Los Angeles to pursue her Olympic dreams with top coaches in the area but became depressed because she realized the family issues she’d come to think were normal were actually destructive.
“I went to Tennessee (in March 2015) to train and became very depressed,” Cutler said. “I’ve been getting better over the years. My family is in a better place now and we’re working on getting closer. At one point, that limited my dream and I wondered if I could achieve my dream.”
After dealing with her family challenges, Cutler ran short on funds in 2016 and spent two months couch hopping.

“I was actually homeless for some time,” Cutler said. “I got so depressed I ran out of money. I was sleeping all day. I didn’t want to go active duty. I still needed some control in my life. I still wanted to know when I would eat, sleep and work.”

She decided to join the U.S. National Guard, going to basic training in Missouri before being assigned to a division in Virginia.

Currently living in Atlanta, she does part-time service with the Honor Guard detail on military funeral services.

Cutler said she was inspired by a long jumper, Tianna Bartoletta, who overcame an allegedly abusive marriage to win Olympic gold in 2016.

“I reached out to her and we talk pretty frequently,” Cutler said. “She definitely has inspired me.”

OLYMPIC GAMES DREAMS
Cutler was accepted into an Olympic development program with DC International Track and Field in 2017.
Cutler competed in the 2020 USA Track and Field Indoor National Championships in February, where she placed 14th, recording a jump of 5.78 meters, or, 18-feet-11 3/4 inches.
Cutler’s longest jump is 6.2 meters, or, 20.3 feet.
Cutler is training to improve on her distance in hopes of placing in the top three in the country and earning a position on the Olympic team.
“I’m up and coming,” Cutler said. “I’m not a former champion or anything. I have full confidence that I can make it.”

ABOUT BOOSTERS ZONE LLC
Boosters Zone publishes books for fundraising drives dedicated to schools and non-profit organizations. We provide our services for both print and electronic media. We create the most innovative and appealing publications that are guaranteed to grab reader's attention. We do this using the most modern and unique editorial, production, workflow and distributed systems.