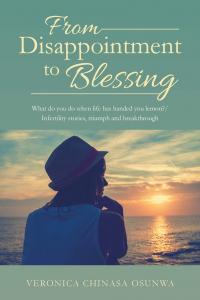 From Disappointment to Blessing 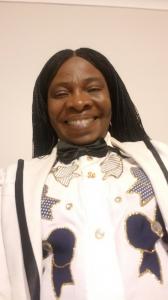 I would like to encourage readers to see disappointment as a blessing in disguise and to never allow yesterday’s issues to overshadow tomorrow’s dreams, destiny, star, and visions…”
— Veronica Chinasa Osunwa

NEW ZEALAND, February 26, 2021 /EINPresswire.com/ — Veronica Chinasa Osunwa came from humble origins. Her parents fled from a war and in her own words she grew up as a penniless outcast who moved across to New Zealand and had to struggle to create a future for herself. She recounts this journey "From Disappointment to Blessing" in her memoir to inspire readers, showing them that with effort and faith one can overcome hardships and succeed.

"From Disappointment to Blessing" is a true story showing that Osunwa is a true fighter and survivor. Even when she reached New Zealand, life was not easy as she suffered setback after setback in the form of job rejections, racial discriminations and her nursing schooling unfairly cut short. Readers will see how, despite these obstacles, she always got back up and never allowed the many disappointments to deter her. They will see how the hardships made her faith stronger instead.

By sharing the challenges she faced and the triumphs she achieved, she hopes to encourage readers to similarly see disappointments in life as temporary and blessings in disguise that can serve to strengthen them. She hopes to convey the idea that yesterday's issues should not overshadow tomorrow's dreams and visions. Moreover, she conveys how her faith in God moved her from victim to victor, transformed tears into cheers, and resulted in her attaining an MBA.

"I would like to encourage readers to see disappointment as a blessing in disguise and to never allow yesterday’s issues to overshadow tomorrow’s dreams, destiny, star, and visions. To be resilient and stand back up when disappointment knocks you down." Osunwa says. Her memoir is filled with Christian themes and shows the importance of placing one's faith in God.

About the Author
Veronica Chinasa Osunwa is a multiple award-winning Christian song writer. Her songs have appeared in Catch a Rising Star Edition of Paramount Song Nashville. An MBA holder, she is the CEO of Good News Music, and currently works for the Disability Service Commission (Department of Communities). She is married to Rev. Samuel Osunwa, and is blessed with both spiritual and biological children.