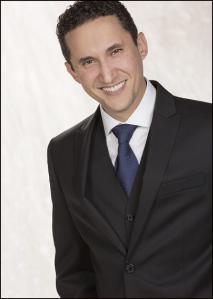 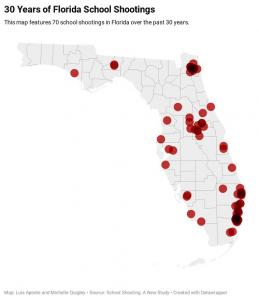 “School Shooting: A New Study” attempts to provide the most comprehensive study on gun violence in schools ever published.”
— Luis Aponte

WELLINGTON, FLORIDA, U.S.A., February 27, 2021 /EINPresswire.com/ — — February 14th, 2021 marked the third anniversary of the Parkland, Florida mass shooting at Marjory Stoneman Douglas High School. Florida librarian and MSD alumnus, Luis Aponte, has written a groundbreaking book chronicling every school shooting in the United States between January 1st, 1990 and January 1st, 2020, with the goal of having at least one copy of the book in every school library in the United States by February 2022 and has launched a crowdfunding campaign to meet that goal.

According to Aponte, there were at least 70 school shootings in Florida between January 1, 1990 and January 1st, 2020 with at least one person injured or killed. With a total of 1,205 school shootings documented across the United States over a 30-year period, “School Shooting: A New Study” attempts to provide the most comprehensive study on gun violence in schools ever published. In order to help prevent future school gun violence, this study investigates deeper than the conventional list of dates, school names, and number of victims. “School Shooting: A New Study” features additional relevant information, such as:

Aponte has launched a Kickstarter crowdfunding campaign to generate pre-orders of the book. With approximately 140,000 public, private, and postsecondary schools in the country, according to the National Center for Education Statistics, 10% of every school would set a fundraising goal of $770,000. Aponte emphasizes that 100% of all the funds raised in the crowdfunding campaign will go toward publishing and delivering the book to school libraries so that they may be equipped with information that may help prevent future gun violence in schools. Updates on the book’s publication will be posted on the crowdfunding site as well as www.SchoolShootingBook.com.

If you would like to support the “School Shooting: A New Study” crowdfunding campaign, please visit: https://www.kickstarter.com/projects/schoolshootingbook/school-shooting-a-new-study
###