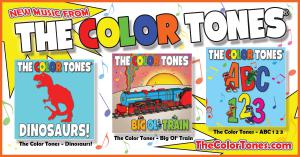 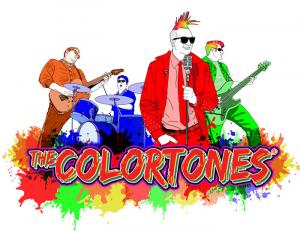 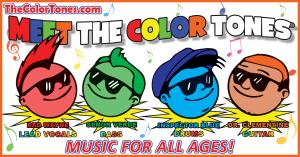 The Color Tones® St. Louis, MO multi-genre band gets six figure distribution deal. "We have a bit of scheduling to do, this opportunity came fast," says Bell.

"We have a bit of scheduling to do, this opportunity came fast.”
— Wayne Bell

SAINT LOUIS, MISSOURI, USA, March 5, 2021 /EINPresswire.com/ — Wayne Bell Missouri based book – music publisher and founder of The Color Tones® band announced today the four-piece group secured a six-figure distribution deal in the retail industry. "Our publishing company Really Big Coloring Books®, Inc. was founded in the 80's and we've also been publishing music related books for local and major artists for nearly 20 years. About five years ago, I got the idea of starting a company band and COO Ken Rich immediately named our new project, The Color Tones®. We all laughed and went with it." Bell stated the four-piece band has multiple guest 'Color Tones' to help write, arrange, annotate, mix, master and develop their music professionally. Bell did not disclose specifics on distribution except its already started across the Southeast portion of the US.

The group is owned and managed by the publishing company. The band has membership in national music organizations, their songs are registered in the Library of Congress Music Division. Their distribution network is traditional outlets and creatively non-traditional, "We created new and exciting avenues of distribution for our music," said Bell, "Including new technology that provides immediate access to music for listeners with camera phones". Taking advice from talented experienced positive minded musicians is a part of the company's recipe of success," as Bell stated he has no time to waste and wants to learn all he can. "Getting music into the hands and ears, of listeners is about distribution. When first starting this project we knew we had a fun task ahead of us. It's working out wonderfully thanks to the professional and committed musicians our company developed relationships with. Musicians are so talented, creative, diverse and most of them love teaching and sharing with others," Bell continued.

The Color Tones® are in the process of debuting a line of releases reporting their new distribution deal just started and will take about 90 days to reach initial capacity. The Color Tones® enjoy the traditional and regular digital side of the music business through numerous outlets including a line of merchandise. "Music is so incredibly diverse, the industry is challenging and creative, it helps you grow as a person. Simply put, I love it," Bell laughed.