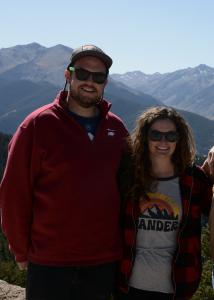 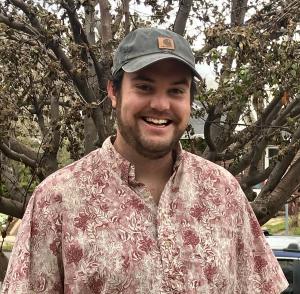 DENVER, COLORADO, UNITED STATES, May 11, 2021 /EINPresswire.com/ — Parker Earnest, a Montessori Elementary Teacher based in Denver, Colorado, completed his Montessori Teacher Training course in August 2020 at the Montessori Education Center of the Rockies. This training allows him to teach lower and upper elementary students in any AMS credentialed school.

Parker Earnest completed his secondary education in Ponderosa High School and joined Fort Lewis College to pursue a Bachelor of Science in Anthropology and a Minor in Peace and Conflict Studies in 2009. He graduated in 2013. His senior thesis was on "Dam Development As Structural Violence: The Indirect and Direct Impacts of the Gibe III Dam.”

He was an active student at the college and engaged in various activities besides academics. He served as the East Africa Service Project president between 2012 and 2014, where he fostered networking with the eastern Africa countries, particularly Ethiopia and Tanzania. As the president, he promoted appreciation for east African cultures, bringing them to the light of the Fort Lewis College and Durango community.

While still in college, Parker Earnest founded PeaceJam at Manual High School, which contributed significantly to his Certification in Conflict Resolution/Negotiation from the United States Institute of Peace. He was also awarded Peace & Conflict Studies Outstanding Student in 2013.

In 2016, Parker Earnest joined the Metropolitan State University of Denver to pursue a Master’s in Education, majoring in special education and teaching and graduated in 2018.

Before getting into the world of academics, Parker Earnest worked as a line cook at The Ore House in Durango, CO. He started as a dishwasher in March 2011 and served in that capacity for three months before being promoted to a pantry and saute chef. He supervised two employees and would work for up to 30 hours a week despite being a full-time student.

One of his critical achievements at The Ore Houses was coordinating and catering for 10,000 people during Durango community festivals. He was also responsible for deep cleaning and deconstructing/constructing industrial kitchen equipment. He worked at this company for three years and three months.

In July 2014, Parker Earnest became a Corps Member after being accepted into the AmeriCorps program. This program is highly selective and takes only 25% of all applicants. He was assigned to Manual High School, a low-income public school in Denver, CO, with 296 students.

His primary focus was on increasing student attendance, promoting positive behaviors, and improving academic course performance. He also co-taught ninth-grade English Language Arts and Geography, besides monitoring and tracking the academic improvement of 48% of first-year students.

In August 2015, he took on a paraprofessional role at the same high school. His primary role was to collaborate with teachers to create lessons for special education students. He also helped teachers with classroom management and academic support.

Thanks to his passion for helping students achieve their academic goals, Parker Earnest enjoyed providing personalized assistance to students in general education classes and special educations classes. He also worked one-on-one with students with various disabilities.

In July 2016, Parker joined Denver Center for International Studies at Montbello, where he served as a special education teacher until 2018. He worked with ninth and tenth-grade students diagnosed with specific learning disabilities in reading and comprehension during his tenure. One of his key responsibilities was to serve as a case manager for 30 students, and tasks included writing Individualized Education Plans (IEPs).

An IEP is a plan or program created to ensure that a child with a legally recognized disability and is attending an elementary or secondary school receives specialized instruction and related services. Earnest would also communicate with parents and collaborate with general educations teachers to discuss students’ general needs and challenges.

A staunch advocate of the Montessori Method, Parker Earnest currently works as a Montessori Elementary Teacher at Compass Montessori School in Golden, Colorado. He joined the institution in August 2018 and served as a Farm School and High School Guide until June 2019.

As a Farm School (middle school) Guide, he was a Special Education support partner. He worked with students clustered into groups of three to six to remediate basic skills, work completion, and extra-academic activities as necessary.

As a High School Guide, he served as a remedial math guide, oversaw six weeks long literacy groups, and was the Ultimate Frisbee coach. In August 2019, Earnest moved to the Water Room to co-teach in fourth, fifth, and sixth-grade upper elementary classes.

One of his key responsibilities is to present three to four Montessori lessons to a group of students daily. He also provides personalized assistance to students to help them meet their academic goals.

Between 2020 and 2021, Earnest has been instrumental to the Compass Montessori remote/online learning team. He helped create an online learning model for 34-35 upper elementary students and present lessons to fourth, fifth, sixth graders in language arts, civic, remedial math, equity, and anti-racism lessons.

Besides being a passionate educator with a soft spot for special education students, Parker Earnest is a history and current events enthusiast. When not working with students, you would find him hiking, rafting, mountain biking, or reading. He also loves golfing and was even a member of the maintenance crew at Overland golf course in the summer of 2018.