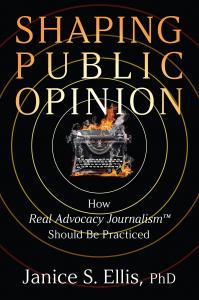 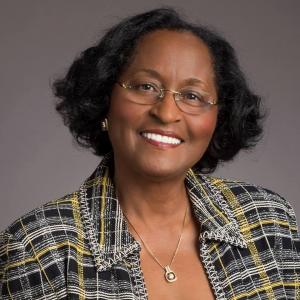 A constant barrage of distorted, biased, false treatment of critically important issues can only be a disservice to a dependent, hopeful, and trusting public.

A central argument which eschewed demagoguery and tribalism for a belief that reason, logic, facts, truth, and clear and graphic language are the most effective instruments of public persuasion.”
— KirKus Reviews

KANSAS CITY, MISSOURI, UNITED STATES, June 17, 2021 /EINPresswire.com/ — There is a growing, if not urgent, need to understand the difference between the advocacy journalism being practiced today and Real Advocacy Journalism™. More importantly, we all need to readily recognize when one or the other is at play in trying to influence public opinion, or urge a hopeful, trusting public to action. The author revisits the works of Walter Lippmann, one of the foremost advocate journalists of the last 100 years for a roadmap on how to know the difference.

Complex local, regional, national, and global issues are often covered and treated with a biased and simplistic approach. This happens all too frequently when the public is asked to form an opinion or support an action about issues such as: should we go to war or support a war; what is the appropriate health care policy for the majority of citizens; how can gun violence be curbed; what are the distinctions between terrorism, foreign or homegrown; is climate change a real threat to civilization or a man-made hoax; and, on and on….

Shaping Public Opinion will have special resonance with journalists, political columnists/commentators, pundits, political leaders, other influencers of public opinion, the professors who teach and the students who study them as well as citizens who are concerned about the trajectory and course of our national and international political dialogue.

What reviewers are saying:
“This book…urges journalists to turn to the example of Pulitzer Prize–winning journalist Walter Lippmann…. A central argument is that Lippmann embodied what the author terms ‘Real Advocacy Journalism,’ which eschewed demagoguery and tribalism for a belief that ‘reason, logic, facts, truth, and clear and graphic language’ were the ‘most effective instruments of public (mass) persuasion….’ Remarkably well-researched,…the book admirably demonstrates the value of using the famed 20th-century journalist in 21st-century conversations about public knowledge, journalistic ethics, and public persuasion. In a world of tweets, sound bites, and hot takes, the eloquence, nuance, and logical style of Lippmann, as convincingly displayed by Ellis, is a welcome respite. A…well-researched and convincingly argued case.”
–Kirkus Reviews
The most trusted voice in book reviews since 1933

“Janice Ellis, instead of simply complaining about the highly polarized nature of America’s politics and its broader society today, proposes a rational and achievable solution…. Her goal is not more strident voices yelling past each other but, rather, credible, wise journalism that helps our nation find its way in a post-fact world that’s deeply anxious about the future.”
— Bill Tammeus
Past president, National Society of Newspaper Columnists

“Janice Ellis seeks to bridge the gap between the preponderance of conflicting conspiracy theories interwoven in the media with truth,…that interferes with the public’s ability to question, examine, and respond to… issues that impact their lives.”
— Lillie Smith Bailey, PhD
Author of The Point of It All

Janice S. Ellis, M.A., M.A., Ph.D., is an award-winning author. She is a native daughter of Mississippi, grew up and came of age during the height of the Civil Rights Movement and the Women’s Liberation Movement. Born and reared on a small cotton farm, she was influenced by two converging forces that would set the course of her life.

The first was the fear and terror felt by blacks because of their seeking to exercise the right to vote along with other rights and privileges afforded whites. She became determined to take a stand and not accept the limits of that farm life nor the strictures of oppressive racial segregation and gender inequality. She aspired to have and achieve a different kind of life—not only for herself, but for others.

The second was her love of books, the power of words, and her exposure to renowned columnists Eric Sevareid of The CBS Evening News with Walter Cronkite and Walter Lippmann, whose column appeared for more than three decades in over 250 major newspapers across the United States and another 50 newspapers abroad.

It was the study of Lippmann’s books and commentary that inspired Dr. Ellis to complete a Master of Arts degree in Communication Arts, a second Master of Arts degree in Political Science, and a Doctor of Philosophy in Communication Arts, all from the University of Wisconsin. It was during her course of study that Dr. Ellis’ unwavering belief—the belief that the wise use of words is what advances the good society—was solidified.

Dr. Ellis has been an executive throughout her career, first in government, then in a large pharmaceutical company, later as President and CEO of a marketing firm, and finally as President and CEO of a bi-state non-profit child advocacy agency. Along with those positions, she has been an advocacy journalist for more than four decades writing commentary on race, politics, education, and other social issues for a major metropolitan daily newspaper, a major metropolitan business journal, community newspapers, radio, and now online.

Her memoir, From Liberty to Magnolia: In Search of the American Dream (2018) has received several national and international awards and continues to receive great customer reviews.