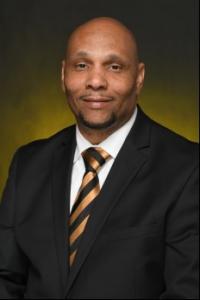 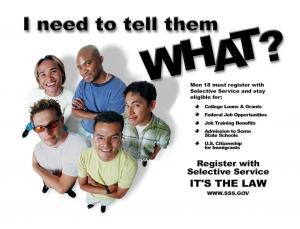 Answer the Call at sss.gov

I am truly honored to serve in this position. Wells said. The mission is critical and registration provides numerous state and federal benefits to individuals who register and to the nation.””
— DeWayne Wells

“I am truly honored to serve as the Louisiana State Director for the Selective Service System,” Wells said. “I look forward to continuing to enhance registration, local board membership and readiness programs. It’s a critical mission and registration provides numerous state and federal benefits to individuals who register and to the nation.”

Selective Service Region II Director Carlos Perez said of Wells, “We are honored to have him as our State Director – he is an outstanding leader and committed to community and country.”

Wells completed a Master of Science in Criminal Justice from Southern University and A&M College. He received his bachelor’s degree in political science and completed ROTC at Grambling State University. He graduated from Peabody Magnet High School. Wells’ military career spans more than 33 years, including 14 years as an Army Reserve officer assigned to the Selective Service in Louisiana, culminating in his promotion to Detachment Commander. He also served as an Army Drill Sergeant before he received his commission as an officer.

In his civilian career, Wells is the Director of Safety & Security for East Baton Rouge Parish School System. He is also a member of Alpha Phi Alpha Fraternity, Inc., and is a Prince Hall Mason. He attends church at Healing Place Church in Baton Rouge.

Originally from Alexandria, LA, he currently lives in Prairieville, LA, with his wife Erica. They have three sons, Zackery, Erik, and Kobe. Erik and Kobe are cadets at the United States Military Academy, West Point, NY.

*Federal law requires all male citizens, as well as male non-citizens residing in the U.S., to register with Selective Service within 30 days of their 18th birthday. At 26, a man becomes too old to register. Those who do not comply are ineligible for numerous federally funded benefits, educational benefits, job training, government employment, and U.S. citizenship for male immigrants.
Selective Service seeks volunteers to serve on Selective Service Local Boards. Interested citizen-volunteers can submit an application available at www.sss.gov.
*For more information about Registration or the Selective Service, please call the Public and Intergovernmental Affairs office at (703) 605-4100.
*Our award-winning Public Service Announcements (PSA) are available to download at by clicking this link.