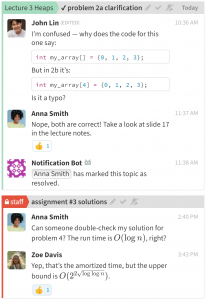 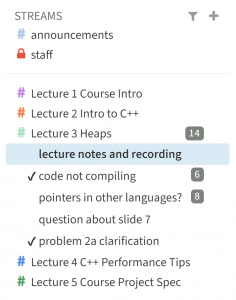 It has been the best summer I've ever had! I'm thankful to my mentors, Zulip, and Google for providing me an opportunity of getting involved in the community!”
— Sarthak Garg, Zulip GSoC 2021 student participant

“It has been the best summer I've ever had! I'm thankful to my mentors, my peers, Zulip, and Google for providing me an opportunity of getting involved in the community! You have helped and supported me to become a better software developer and a passionate open-source contributor,” said Sarthak Garg, Zulip GSoC 2021 student participant.

Zulip fosters a welcoming community for students from a wide range of backgrounds by making it seamless to jump right into their open source culture. Zulip has invested in an extraordinary 150K words of documentation on how to contribute to Zulip, with topics ranging from practical Git tips to essays on important architectural decisions. Further, Zulip’s code is uniquely readable, well tested, and easy to modify. Anyone is welcome to jump in and contribute to Zulip’s open source project. This is why the students in Zulip’s 2021 cohort were able to contribute major improvements to the Zulip product.

“The Zulip community is really helpful for anyone stuck at any phase of development. I learned how to write clean and maintainable code, the art of breaking huge changes into commits that are easy updates based on reviews, and also about tackling big issues,” said Purushottam Tiwari, Zulip GSoC 2021 student participant.

“Zulip has always had a deep commitment to bringing up the next generation, including mentoring over 100 university interns over the last 5 years through Google Summer of Code, Outreachy, and our own internship programs,” said Zulip’s Project Leader, Tim Abbott. “We are incredibly grateful to all the community members who stepped up to mentor students this summer. Many of the participants have told us that they learned more contributing to Zulip than in their 4-year formal computer science education.”

Many modern “open-source” companies offer an intentionally crippled “open-source” version as a demo for their non-open-source paid product. In contrast, Zulip is 100% open source software. Customers that require full control over their data can easily run a self-hosted Zulip installation, which is why thousands of organizations do so today.

To learn more about Zulip and Zulip’s internship programs, check out our blog post detailing the most recent summer program. Connect with Zulip on Twitter and LinkedIn.

About Zulip
Zulip, developed by Kandra Labs, Inc., is uncompromisingly free and open-source software, used by thousands of organizations as a better alternative to Slack, Discord or Microsoft Teams. Zulip is built by a distributed team, with its leadership based in San Francisco, California and over 700 open-source contributors around the world. Zulip’s threaded conversations help thousands of companies of all sizes, open-source projects and non-profits stay organized, seamlessly melding asynchronous and real-time communication. Current Zulip users include teams from Akamai Technologies, Wikimedia Foundation, Pilot, Cambridge Mobile Telematics, LevelUp, MariaDB Foundation, HL7 International, and more.

Zulip has its roots at MIT, where the original founding team was inspired by the BarnOwl chat client for the Zephyr protocol, and the incredible community that Zephyr supported at MIT. The first Zulip Inc. startup was acquired by Dropbox in early 2014 while the product was still in private beta. In late 2015, Dropbox generously released Zulip as open-source software. In 2016, Tim Abbott, one of the original founders of Zulip, founded Kandra Labs to sustain and grow Zulip’s ongoing development. Kandra Labs is a values-focused company supported by $1M in SBIR grants from the US National Science Foundation.
###