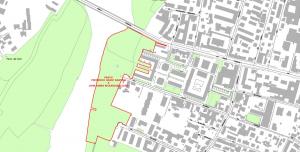 BOLOGNA, EMILIA-ROMAGNA, ITALY, November 4, 2021 /EINPresswire.com/ — The centenary of the discovery of insulin is one of the most important moments not only for the history of medicine but for the growth of civilization and the health of all humanity. The City of Bologna, grateful to the scientists and doctors who discovered insulin in 1921, names them: Frederick Grant Banting, John James Richard Macleod, Charles Best James Collip, a Public Park, the first and only in the world, Friday 12 November 2021 at 12.30 – via della Guardia 28/2 Bologna, in the presence of the Mayor Dr. Matteo Lepore, the General Director of the Sant'Orsola Polyclinic in Bologna Dr. Chiara Gibertoni, the President of the Borgo-Reno District Dr. Elena Gaggioli, the President of the Association Mr. Salvatore Santoro and the city authorities for Aid to Young Diabetics in Bologna.

On this occasion, a commemorative plaque will be discovered to the scholars who discovered insulin, promoted by AGD – Association for the Aid to Young Diabetics of Bologna, and a commemorative plaque will be given to the companies that have contributed to making it possible. development, production and distribution, as well as pursued innovation in the scientific and technological field of insulin: Eli Lilly, Novo Nordisk, Medtronic with Speech by Salvatore Santoro, AGD President