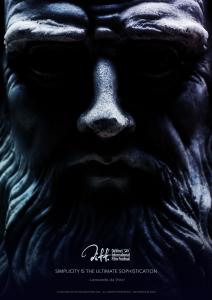 The pandemic failed to dampen enthusiasm at DaVinci International Film Festival despite the event being forced online for the  second year in a row.

DaVinci International Film Festival is a First Class festival that empowers and inspires its filmmakers. I left wanting to do more! It was an amazing experience and was honored to be part of it.”
— A. Ethan Crow, Filmmaker

LOS ANGELES, CALIFORNIA, UNITED STATES, November 4, 2021 /EINPresswire.com/ — October 10th – 15th marked the fourth annual DaVinci International Film Festival (DIFF). Despite being forced online for a second year, the 2021 edition was a resounding success with attendees from across the globe coming together to celebrate the very best in independent cinema.

The festival’s in-competition selections consisted of work in long and short narratives, documentaries, animation, and screenwriting, with the aim to honor world-class talent. Such talent for DIFF’s 4th edition included writer-director Douglas Pedro Sánchez for his feature film "The Last Tour", Serhat Karaaslan for "The Criminals" in the short narrative category; Takeshi Yashio picked up DIFF’s coveted statue for his animation "GON: The Little Fox", Iara Lee for her short documentary "From Trash to Treasure", and screenwriter Vaughn Roste, who won the Leo Award at DIFF’s Storyline for "The Name of the Game".

Despite the pandemic, hosting DIFF online for the past two years presented new opportunities for the festival to scale, including the development of an online platform to reach global audiences and those who otherwise could not attend. The pandemic also inspired an all-new ultra-short program (COVIDaVINCI) which was open to virtually anyone with a camera and film idea. Selected COVIDaVINCI filmmakers showcased online this year for their shot at an Audience Award in this new category.

In addition to 24-hour online access to over 100 films for five days, guests were offered DaVinci "CloudSwag" — a digital download of discounts and freebies from festival sponsors and partners, benefiting both ticket sales and sponsor activation alike. One such partner, and distinguished member of DaVinci’s Board of Directors, Robert W. Schaefer, gifted two-thousand All-Access passes that were offered to DIFF fans around the world. Other sponsors included Final Draft, Backstage, Los Angeles Magazine, Network ISA, producer Gary Goldstein, and the Dream Team Directors, Daniel Lir and Bayou Bennet. DIFF’s CloudSwag download is available to all website visitors for a limited time at davincifilmfestival.com/cloudswag.

Speaking after the festival, Chadwick Pelletier, Founder & CEO, added, “… If there’s anything this pandemic has highlighted for me, it is humanity. Lost it or gained it is up for debate, but what remains the same is finding that common ground [humanity] in a great movie, and that is the magic of cinema. That’s why we do what we do. We celebrated incredible films online this year, but ultimately miss out on a very important experience and connection with our filmmakers, and look forward to having that again with a live event next year.”

The DaVinci International Film Festival is excited to announce that the 2022 event will be returning in a physical capacity and held in Los Angeles in November.

Members of the media are invited to request virtual interviews with the DIFF team, including DaVinci’s Founder & CEO, Chadwick Pelletier. Interested sponsors may learn more about DIFF 2022 opportunities here, or by visiting davincifilmfestival.com.