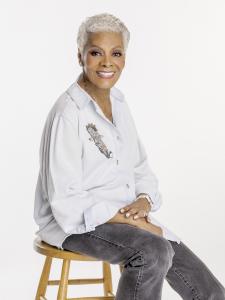 On Wednesday, November 10th 2021, Ms. Warwick will be awarded an Honorary Doctorate in Divinity from the University of Toronto (Canada). The ceremony will take place at the school which bears her name – the Dionne Warwick Institute of Economics & Entrepreneurship I n East Orange, NJ –the city where Ms. Warwick was raised. The event will start at 2 pm ET.

The honor came as a surprise to the chanteuse whose classic hits include “Walk On By”, “Do You Know The Way to San Jose”, “Déjà vu” and the chart topping “That’s What Friends Are For”, among dozens of smashes. “It was brought to my attention when I was in Canada for the showing of the documentary, ‘Dionne Warwick: Don’t Make Me Over ‘at the Toronto International Film Festival. It was definitely not expected and I’m absolutely thrilled over this wonderful honor from the University of Toronto.”

Being awarded the Honorary Doctorate in Divinity is fitting for Ms. Warwick, whose family included relatives that made up the legendary Gospel group, The Drinkard Singers. Her mother Lee Drinkard managed the group while aunt Cissy Houston (mother of Whitney Houston, founder of the Sweet Inspirations and noted session singer) shared the lead vocals duties. Ms. Warwick herself started in Gospel as a child and years later sang with the Gospelaires before launching her successful solo career.

Ms. Warwick is being honored with an exhibit at the Newark (NJ) Arts Center, “Dionne Warwick: Queen of Twitter,” which is being extended through November 20th, 2021.