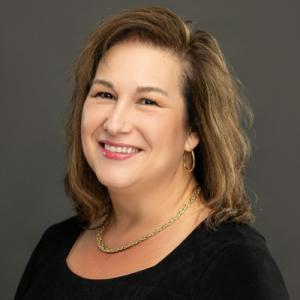 WINFIELD, WEST VIRGINIA, UNITED STATES, November 9, 2021 /EINPresswire.com/ — A leader’s actions are constantly on display. That’s why it’s essential for leaders to lead with integrity and value their team.

What is most important in a leadership role is taking care of the team. It's putting people before profits.

“I empower leaders to empower other leaders,” says Kimberly. “It’s about living into their focus and their full potential to make a difference in the world instead of just climbing a corporate ladder.”

Kimberly spent 30 years in corporate leadership roles for educational consulting organizations before she stepped out on her own. Today, Kimberly works with successful leaders like her who have reached a point in their career when they want something more.

“I see people's potential, and I help them see it themselves,” says Kimberly. “It’s about helping people get beyond thinking about what's next and actual do what is next. I get a big kick out of seeing people push themselves and grow.”

According to Kimberly, leadership is about other people. If you’re going to be a leader, you need to people-centric, values-based and heart-centered. That’s why Kimberly enjoys working with leaders at all levels of their career, from emerging leaders to senior CEOs.

“When you get into a leadership role you realize you're setting the vision,” says Kimberly. “Your role as the leader should be to set the expectations from day one, explain what accountability looks like and lead from there.”

Kimberly says one of the challenges is that the compassion and heart of leadership has gone by the wayside.

“I've seen leaders put into a position of leadership because of their years of experience and knowledge, but they didn't have the people skills,” says Kimberly. “As a result, leaders have shied away from investing in their team as people. Success is adding value to yourself. Significance is when you add value to others—that’s a leadership legacy.”