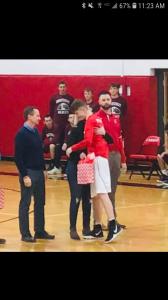 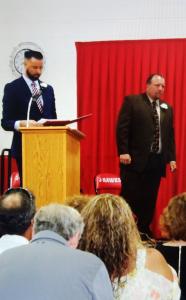 NEW YORK, UNITED STATES, November 9, 2021 /EINPresswire.com/ — William Clooney is passionate about education. For 14 years, he was a special education teacher, beloved by his students. William carried his experience into his current role as a K-12 Principal, which he took on in the year 2017.

While he was still a student in school himself, William was zealous about playing basketball. His devotion to the sport led to him later coaching junior varsity and varsity basketball.

When it comes to his role as a principal, William draws many lessons from both his background in special education and sports to teach and motivate his students. For instance, William may use the example of how a basketball player changes his movement pattern almost 1000 times per game, which means every 2 seconds on average. Bringing the illustration home, he then teaches the students that in life, decisions aren’t always a made in a straight line, they can take quick thinking and pivoting, sometimes changing your mind many times before you reach your ultimate goal. This is just one example of how using a real-life example and drawing from his own experiences helps to drive a message deeper into a student’s mind as well as simplify complex ideas.

William obtained his master’s degree in special education. After working for 14 years as a special education teacher, he has continued to raise awareness through the Managed Victim Program. "I've always been very interested in helping people succeed," said William when asked why he became a teacher. "It's hard to imagine anything more rewarding than watching students learn something new."

William's goal is to make sure all students have access to the same opportunities so they can be successful after high school. He knows that getting through to young ones can be a challenge though, so he uses imaginative ways to reach them. Returning again to the example of sports, William not only has been an excellent mentor as a coach, but he is an expert at using sports analogies to drive home important messages to his audience. After all, teachers are akin to coaches, with the principal being the athletic director. Another one of William's favorite parallels is comparing his students to stars in the sky. With that, he helps them understand it's okay to get their feelings hurt when they can't attain something, but it's how they get back up and try again that is important.

As a Principal at Jefferson Central School, he aims to bring up the learning standards of students. He is trying hard to improve the quality of education in schools, colleges and universities. With his expertise, he motivates students to achieve their career goals.

He started his career as a teacher. For him, nothing is impossible when you work with passion and belief. He believes that you can do anything if you never give up on your dreams. "You can do it, I can do it. If you believe in yourself and your abilities…you will succeed…so never stop believing that you are destined to become somebody important.”

What do you see yourself doing in ten years? That's a question that William Clooney, K-12 Principal at the Jefferson Central School, asks his students and clients every day. The answer is an important part of the counselling process.

He has earned his education from different universities and continuously takes classes and seminars to improve his knowledge and skills.

William is a great example of what people with good hearts and hard work can achieve. He has been a positive role model for his students, teachers, and education professionals all over the world.

"He was my colleague at one point before he became my boss," said a former colleague. "I had an opportunity to work for him and learn from him. Now that I am a principal of my own school, I borrow many of his best practices."

William always valued the people around him who taught life lessons and made him successful in the education industry. William has always believed in treating people equally. "I grew up in a family that emphasized that we're all individuals and we all have our own unique qualities," he said. "Everyone is special for some reason."

He said he feels lucky to serve students with disabilities and takes student success seriously. "Everyone has their own unique qualities, and if we just help them use those, they're going to have a successful post-secondary experience or employment."

William received the Teacher of the year award for his services in special education. In 2020, he was awarded the School Building Leader Professional and Initial Certificates.

An interview with William Clooney has recently been featured on Inspirery.com