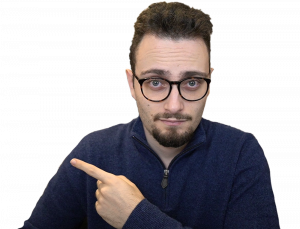 Chess has given me a life I could never dream of, and I think it's only fair to re-invest back into scholastic programs.”
— Levy Rozman of @GothamChess

More than 100 schools applied and the following received grants ranging from $4,000 to $10,000. The awards will be used to pay for training, tournament fees, and travel expenses:

"We all know chess has always been great, but it really boomed after The Queen’s Gambit," said Levy. So the goal of giving grants to these strong chess programs—which aren't always in major cities—is to potentially find the next Beth Harmon! Or, in terms of real chess celebrities, perhaps a Judit Polgar or a Magnus Carlsen!"

Rozman worked closely with ChessKid COO Mike Klein and Education Director Ranae Bartlett to identify suitable schools to receive the grants, and Rozman personally made the final decisions to who to award the scholarships.

"The process of selecting programs to receive a grant was not easy at all," said Rozman. "There were many qualified, worthy and exemplary groups of students along with dedicated leadership. I hope to do this again, either as myself or through a crowdsourced initiative, so I encourage all applicants to continue as planned and expect great things in the future."

Everyone thanked Levy Rozman for his generosity and willingness to impact so many kids. Rozman recently surpassed 1.23 million YouTube subscribers, making it the largest chess channel.

"Chess has given me a life I could never dream of, and I think it's only fair to re-invest back into scholastic programs," Rozman told ChessKid. "I'm a firm believer in both charity and education, so this scholarship fund is the perfect crossroads."

ChessKid.com is the scholastic extension of Chess.com — the #1 online chess site. ChessKid is a safe place for kids to learn and play chess. ChessKid introduces kids at an early age to the game of chess. See more at www.chesskid.com.