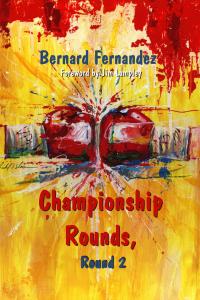 Championship Rounds, Round 2 by Bernard Fernandez 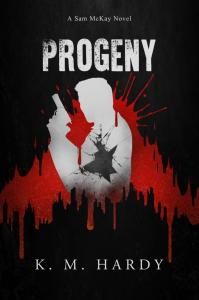 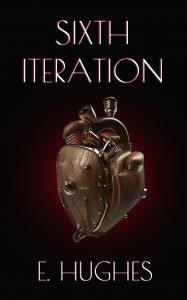 It's that time of year again. Explore Authors Magazine releases its list of 20 new fiction, nonfiction and children's books to read this holiday season.

Grab the milk and cookies and snuggle by a warm fire… check out our hot new list of fiction, nonfiction and children's books to read this holiday season.”
— Explore Authors Magazine

Those who loved the first two books in the Sam McKay series will love the latest installment. Progeny, by KM Hardy is the third book in the Sam McKay series. This taut edge-of-your-seat crime thriller follows our protagonist on yet another gripping criminal investigation, marking a brilliant follow-up up to the first two books, SCOTS HONOR and The Redcap. We’re enthralled. Available for PREORDER now Picaty Press, 978-1736734605

Walking a Tightrope by Emma Gilman – This Victorian era novel enthralls as a privileged young woman discovers herself after she joins the circus and learns to walk a tightrope in the midst of a murder mystery. She is eventually pushed to the edge as the star of the show, amid her attraction to the dark and brooding antagonist. A beautiful and enjoyable read. ISBN-13: 978-1737859901, Venture Press

Chemistry 11 in Focus by Abdul Shakur makes complex chemistry concepts easy to follow. This textbook is perfect for classroom instruction as well as the independent learner. We highly recommend. An excellent book for teachers and students alike. ISBN 978-0578957470 , The New Awakenings Books

Sixth Iteration by E. Hughes is on sale now. This exciting, mysterious, romantic, sci-fi thriller will leave the reader questioning who’s real when a billion-dollar humanoid android falls in love with the scientist hired to program him, and goes on the run from the robotics corporation that will do anything to get him back. A captivating and romantic mystery , we highly recommend. ISBN: 978-0-9973200-6-0 Love-LovePublishing

Illustrious boxing promoter and boxing Hall-of-Famer J Russell Peltz releases his long-awaited book, Thirty Dollars and a Cut Eye, offering a sublime inside look at 50 years in boxing. The famed boxing promoter spares no detail about legendary boxers, historic matches and sets the record straight about the industry in his newly released memoir. J Russell Peltz is the penultimate boxing historian. Currently #13 on Amazon’s best seller list in the boxing category, Thirty Dollars and a Cut Eye BennieBriscoe 978-1737569602

Don't Forget by Robert Harmon is an engrossing and smart literary novel about a man at a turning point in his life. He embarks on a journey of self-discovery in this 1960s period piece, after taking on a ghostwriting job for a morally questionable man. A worthy and interesting read. We're intrigued. ISBN, 979-8497532203

What, Why, & How: Bottom-up Answers by mountain climber and philosopher Robert Wheeler, Ph.D explores philosophical and metaphysical questions about existence and humanity in this riveting examination that attempts to answer questions about the existence of life, a follow-up to Wheeler’s previous book, Call of the Mountain. Intriguing! OntosScience Press, 978-0-578-94516-3

Explore the EC Walsh’s witty musings and clever insights on society, politics, and life in this smart, intriguing series of essays, poems and humor in Natural Light: A Coffee Table Book. A great conversation piece and a wonderful addition to the coffee table. ISBN 978-0-578-30950-7, Dignam Press

Prolific songwriter and accomplished writer, Edward Kenny releases his new book, “Bluebird Songs VOL II“, the follow up to Bluebird Songs and “Lonesome Man on a Hermit’s Hill: A Verse Play.” Kenny has written over a thousand song lyrics and eight musicals since entering the Broadway scene in 1982. Bluebird Publishing, 978-578806457

William Daye's outstanding young adult novel, Tomassini's Trophy is our YA recommend of the month. Follow Alex Tomassini as he tries to bring the team together in time to save his friendships and the season in this heartwarming book about a middle school soccer team. Young readers and adults alike will love this book. A story about having the heart of a true champion. ISBN, 979-8486072079

Duke Stories: Vacation Lake is coming soon this November. Readers will want this delightful children's book for the family. The book follows My Grandma says the F-Word by Jennifer Neven. Readers will enjoy this hilarious and adorable children’s book and sweet family story. We love it. | Shine Bright Books, ISBN: 978-1-7375130-1-8 and ISBN 978-1-7375130-0-1 (Grandma)